How to Increase and Improve Hand Speed 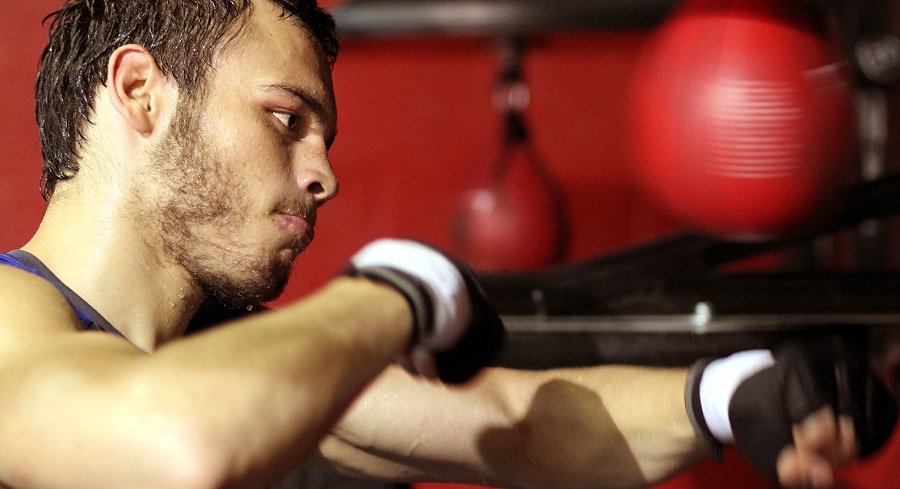 A fighter with very fast hands is something that’s not only a significant advantage, but is also amazing to watch.

Hand speed is a natural ability that some fighters have, but for everyone else, training to improve hand speed is certainly possible and recommended.

What Are the Benefits of Having Quick Hands?

Every movement of your body starts with the mind. The quicker you’re able to register an opening to throw a shot, then the faster you can release a punch. To work on your speed, you need to forget about power.

This means that you need to be relaxed, and don’t clench your fists too tight. Loading up on punches will just leave yourself open because of the slight delay in throwing a shot. A good way to get your mind to react quicker is by working on your hand-to-eye co-ordination by using the speed bag and double end bag. 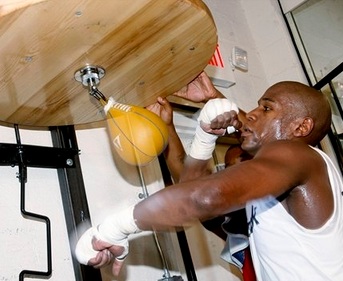 The speed bag helps you with a variety of attributes but contrary to popular belief, it wasn’t designed to actually improve hand speed. Instead, it improves hand-to-eye co-ordination, timing and helps to keep one’s hands up.

However, having good hand-to-eye co-ordination means that you’ll be able to register the target in your mind quicker and therefore, hit the target just as quick. 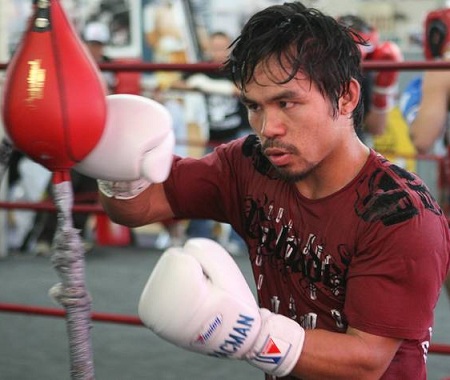 Like the speed bag, the double end bag is especially effective for improving your reflexes because it’s a fast moving targets. It requires a watchful eye and good timing, so when you’re using it, just focus on hitting the target fast and accurately.

Start off with one or two punch combinations, and once you get a good sense of timing, you can then increase your combinations.

After much practice, you’ll improve the reflexes of your mind and body, and it’ll become second nature.

When you watch a combination from a fight from professional fighters, you’ll notice that they breath to the rhythm of their punches. Everytime a punch is being throw, you should be exhaling.

Some fighters prefer to do this by making grunts or other noises to help them. When you’re hitting the bags or shadowboxing, remember to exhale everytime you throw a punch. Work on fast combinations and fast breathing.

Imagine there’s an invisible opponent in front of you. Your aim is to take him by surprise with a shot that he won’t see coming. Work on a variety of combinations this way while sacrificing power for speed. Throw short hooks and uppercuts mixed in with quick snapping jabs and crosses – NO looping shots as they’ll take longer to reach the target.

Shadowboxing will help you on your technique which is vital in throwing fast punches. You can also hold light weights (0.5kg-1kg) while practicing. A good time would be 3 x 3 minutes with 1 minute rest in between.

Once you shadowbox without the weights, you can feel a huge difference in the speed of your punches. Continuously shadowboxing with weights will improve muscle endurance which allows you to throw more punches for a longer period of time without muscle fatigue. 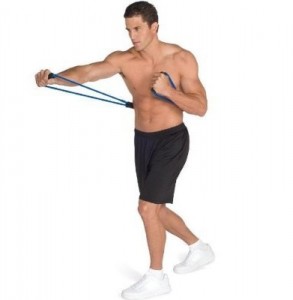 A typical piece of equipment for many boxers is the resistance band. It provides elastic or hydraulic resistance for the purpose of strength training.

Not only does it develop the strength and size of skeletal muscles, but working on the resistance of your arms will help with the motion that’s involved when throwing a punch.

I highly recommend Bodylastics Resistance Band for their high quality and value.

Plyometrics is a form of exercise that concentrates on explosive power and movement. Working on the explosiveness of your punches will improve your overall hand speed.

Find out more about plyometrics, the benefits and different exercises that you can perform.

There are many boxers with very quick hands and the following examples are those that stand out the most. Some of them have moved up to higher weight divisions but have still managed to retain their speed, which gives them a significant advantage over their opponents.