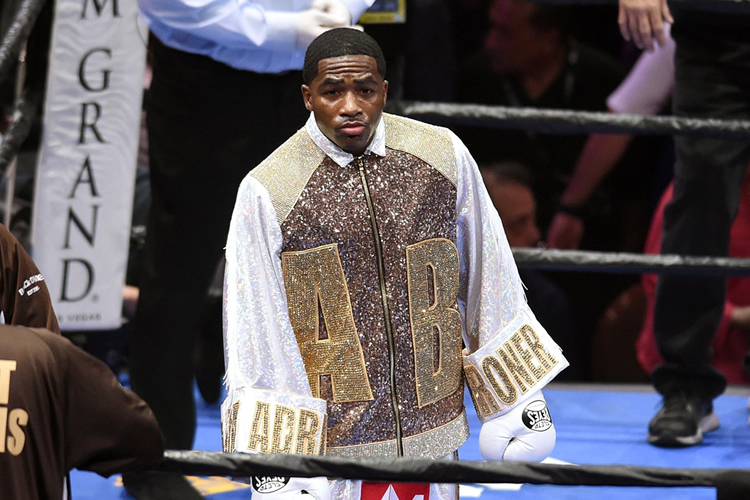 He’s a flashy, flamboyant and cocky fighter inside and outside the ring. He’s a defensive specialist with excellent speed and power, who gets his inspiration from none other than Floyd Mayweather Jr. Here are the best Adrien Broner quotes.

1 “I knew coming into this to fight that this was going to be a world class fight, but I knew he didn’t have the skills to beat me.” – On his win over Antonio Demarco

3 “They say before you make something happen you have to see it yourself. I have been seeing it for a long time and I am living my dream.”

5 “Who wants to wake up in the morning and have to remember that they’ve got to face Adrien Broner?”

6 “Sometimes it’s not about speed about power, it’s about up here man [points to his head]. All these guys are not with me mentally.”

8 “I let beef get settled in the street, I just handle my business as a professional boxer.”

9 “He wants to be the best and he wants to prove that he deserves to be where I am, so why not call me out? But I’ll fuck him up if we fight though.” – On Robert Guerrero

10 “I don’t try to knock people out, but I have the ability to press him and get the cheese.” – After stopping Antonio Demarco

12 “He’s smaller than me, did you see him? He looked like a noodle next to me.” – On Robert Guerrero

13 “I fight, knock them out, have some sex and Monday I’m back to hitting bags and kicking ass.”

15 “I don’t play games. I ran away from home because my Dad brought me an Xbox.”

16 “Everybody was happy my brother was locked up. Not me because I know what it feels like to be in there. It ain’t made for everybody, but I knocked a lot of blocks down.” – On Floyd Mayweather’s stint in jail

17 “When I want to talk to someone from Golden Boy, I make sure Richard calls me. Bosses talk to bosses.”

20 “Everybody saying Guerrero, I’ll really turn your ass into a real ghost.” – On fighting Robert Guerrero

21 “Both of them can get it. They can line up. I’ll fight both of them in one night, and I bet it won’t go 12 rounds.” – On Juan Manuel Marquez and Manny Pacquiao

22 “It don’t matter what competition it is. I make it all look easy.”

23 “Every fight I mature. I’m getting older. I’m maturing as a man. I’m maturing more inside the ring, but at the end of the day I’m still Adrien Broner. I’m still that kid who’s living his dream and I’m just having fun.”

24 “Boxing is an all year round sport. You never know when they’re going to call you, so you got to stay ready.”

25 “Honestly, I don’t want to get into two grown men’s personal business…I like both of them as a person and I love Mayweather as a boxer so I leave it up to them to handle.” – On Mayweather and 50 Cent’s rift

26 “You seen it, was it as pretty as me?” – Responding to Max Kellerman after beating Vincente Escobedo

27 “I am the biggest face of boxing right now. That’s how I feel. I am the greatest of this era.”

28 “I’m very flexible. I’ve got flexibility in any weight class. If you guys out there want to fight me man, I will fight you guys.”

29 “I’ll fight anybody who grabs the rope to hang themselves.”

30 “I would spend some of it. I would help a lot of people around me. I will change a lot of people’s lives around me, honestly.” – On what he would do with a billion dollars