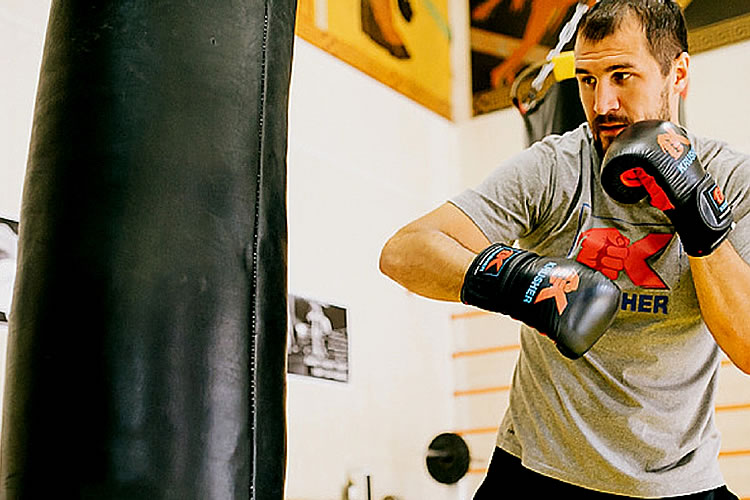 Ever had that excruciating sharp pain that just shoots through your arm at the speed of lightning following a misplaced punch on a heavy bag?

If this feeling sounds all too familiar to you, then the chances are that you probably didn’t punch or lift anything heavy for a while. The heavy punching bag is the equipment of choice for most fighters but it’s also the thing that causes the most injuries; injuries that likely could have been prevented.

If your hands, wrists or even shoulders are prone to injury, then follow these crucial tips before you go ballastic on the heavy bag next time.

1. Use a Top Quality Heavy Bag

There are many different types of heavy bags but the ones you want to avoid are the ones that transforms into a rock at the bottom after taking a beating. It’s not hard to see how punching a rock hard object can damage your hands.

There are a few reasons why this may happen – the wrong type of filling used, the bag being poorly filled, not enough foam surrounding the filling, or all three. However, you shouldn’t mistake this for a brand new heavy bag that just needs to be broken in (i.e. softened up via a beating).

It’s quite common for a sand or grain filled bag to have its contents settle at the bottom, causing the bottom to be a lot harder than the top. As a result, many decent manufacturers now use high density fabrics instead. There are even water filled heavy bags that generally remain consistent throughout.

I cringe whenever I see someone slip on a pair of boxing gloves with just their bare hands. Not only is this unhygienic, but the hands and wrists are also a lot more susceptible to injury as there’s nothing supporting them from the sustained stress caused by a heavy bag session.

Get yourself a decent pair of hand wraps and learn how to properly wrap your hands. There are different ways to wrap hands and none of them are particularly wrong, as long as you make sure every part of your wrist and hands are secured several times over.

3. Punch With the Correct Technique

If there’s any inconsistency in your body movement when throwing a punch, you’re going to feel it after a while. It may not have an immediate effect, but punching the heavy bag with the wrong technique over and over again will eventually take its toll.

Work on the technique of your punches by shadowboxing in the mirror. If you’re lost as to what the correct technique is, then you’ll find these guides useful:

When you do hit the heavy bag, don’t go full steam but instead, punch it lightly with the correct technique. It may not be as fun as going ham on the bag, but sharpening up your punches will make you feel more powerful than ever before.

4. Use the Right Boxing Gloves

To the uninformed gym goer, any pair of boxing gloves will do, but if you hit the heavy bag frequently or actually train in boxing, you’ll know that not all boxing gloves are made equal; each type will serve a different purpose. 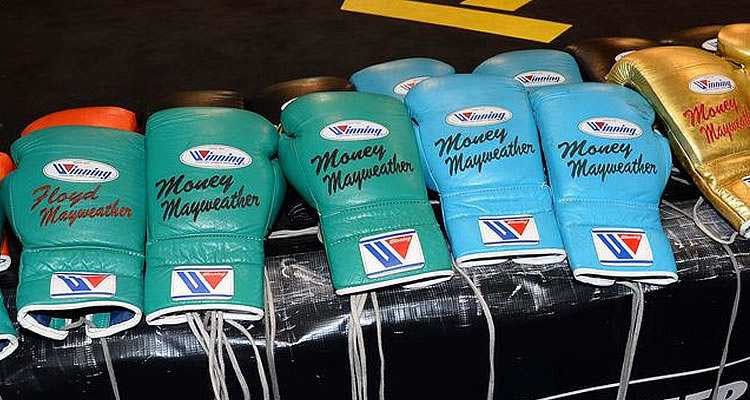 Custom Winning boxing gloves made for Floyd Mayweather Jr., who is known for having fragile hands.

There are all-purpose gloves that are designed for all aspects of boxing training from sparring to bag work, but for the purpose of hitting the heavy bag, you really want to use well padded gloves from a good brand that weighs at least 14 oz., which helps to absorb the impact of a punch.

Some fighters love to hit the heavy bag with full force on every single punch, while other fighters prefer to take a more measured approach and be a bit more selective with their power punches. If your hands are prone to injury, then be that second fighter.

Decide which punches are going to be thrown with power and which punches will serve another purpose other than causing damage. Implementing feints and set up punches in your game is great for improvising a real fight. It forces you to use brains instead of brawn, and you know what they say – boxing is a thinking man’s sport.

6. Strengthen Your Hands and Wrists

A boxer’s hands are the most precious parts of their body so it makes sense to protect them. It’s better to go a step further to strengthen them as much as possible so that you can punch harder while decreasing the possibility of fractures or broken bones.

I must admit, there isn’t exactly an endless amount of hand strengthening methods and you must be careful as some of them may ending doing more harm than good. With that being said, you can check out some effective and proven methods here.

7. Allow Your Body to Recuperate

Floyd Mayweather in a Cryogenic Chamber, designed to help the body recover after intense exercise.

If you’ve had hand and wrist injuries before, and you have even the slightest feeling of pain in your hands and wrists, then it’s probably a sign that you should give it a rest until it fully heals.

As a fighter, you probably feel like you can fight through the pain, but unless it’s an actual fight, you should swallow your pride and do the smart thing. Better yet, turn this situation into a positive by focusing on other aspects of boxing training that doesn’t impede your health such as your stamina, technique and explosiveness.