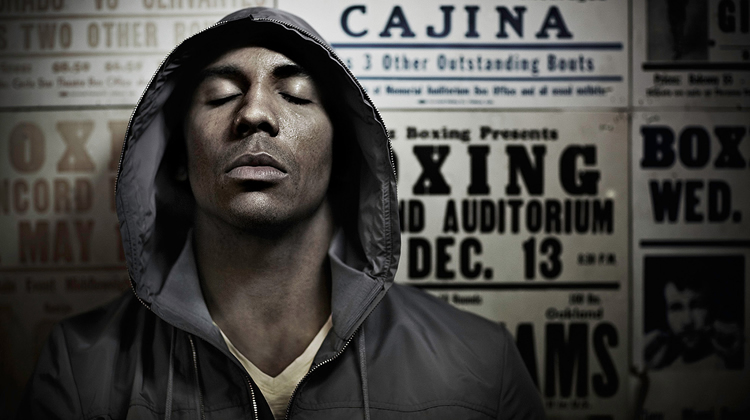 The man they call “S.O.G” (Son of God) is one of the best and most skilled boxers in the world. He’s an intelligent man inside and outside the ring with great insight on the sport and life. Here are 30 of the greatest Andre Ward quotes.

1 “What you gotta understand is, in this conversation and in our fight, you’re not in control.” – Speaking to Carl Froch

3 “You can still entertain without getting a knockout.”

5 “I told myself that I’ll do everything within my power to never let that happen again.” – Speaking on the last time he lost a fight.

6 “I want my legacy to be that I was a man of character, I was a God fearing man and somebody who bettered the sport in terms of the way I represented the sport. But also that fact that I was a fierce competitor and fought the best in the world and was able to come out on top, so if those things could be said about me, then I look at it as a job well done.”

7 “The way my father raised me, we don’t pat ourselves on the back. We don’t call ourselves great, we let other people do that.”

8 “He’s built up to be invincible and no man is invincible, any man can be knocked out.” – On Carl Froch

9 “Let him tell us he’s never been hurt, but that’s the definition of getting hurt.” – On Carl Froch

10 “As a man, I have no problem saying I was hurt.” – On his knockdown against Darnell Boone

11 “That’s what makes a fighter. I got dropped and I got back up, and I found a way to get the win.”

12 “I got knocked down, I don’t know how many years ago and I haven’t been off my feet since, and I responded again against the best in division without the respect of having the chin I’m supposed to have.”

13 “In the school of boxing that I come from, that’s frowned upon, giving up free shots, cos we know what those kinda shots do to a man’s career, regardless of whether it shows up now, or shows up when you least need it. It takes a toll.”

14 “A lot of people look for you to change. Everything has stayed the same. Financially, this is God’s money, and my wife and I are just stewards of it.”

15 “The part that sickens me about boxing is guys fight their whole careers and they have nothing to show for it. That’s not going to be my testimony. When it’s time to get out of the game, I want to be able to walk away. I’m not going to jeopardize my health. I will have no problems walking away.”

16 “I think he takes a good shot, I take a good shot too, but taking too many shots is not good for any fighter. And it’s not really a reputation you want.” – On Carl Froch

17 “I don’t rest on my laurels and start getting lazy. It makes me just wanna keep working.” – About getting Fighter of the Year 2011

18 “It’s one thing to have an eye for the sport, and it’s another to have a feel for the sport. He has both.” – On his trainer Virgil Hill

19 “Anybody that’s in my weight class, above me or beneath me, I keep an eye on.”

20 “Every fighter is my toughest challenge to date. After I get done with one fight, the next challenge is the toughest.”

21 “You’re only as good as your last fight. It’s just the way things are. It’s the way that the sport is built.”

22 “I’m just excited that the fans are going to get their money’s worth, and you can’t say that a lot of the times.”

23 “I don’t abuse my body, I’ve been off 10 months, I still train and I’m always thinking about boxing, so I felt like I would be fine and I just wanted to challenge myself against another top caliber fighter.” – After his win over Chad Dawson

24 “I’m not gloating over Chad Dawson, he’s still the man in my book.”

25 “I’m not going to say that I’m the best, we respect our champions. Floyd’s been doing this a lot longer than me, he’s been a lot of mega fights and I won’t dare say that I’m better than Floyd Mayweather.” – On his pound-for-pound status.

26 “Even if you are sick, you fight until you have nothing left.” – On Allan Green’s loss to Edison Miranda

27 “He says he was physically not right, that’s fine but the mentality, even if you’re not right, you’re still in a fight and you still show what you have deep down inside, and I don’t think he showed the mettle that he needed to show in that fight in order to beat a guy like Miranda.” – On Allan Green

28 “I think Bute would have to face off with the Super Six Champion to prove that he’s the best Super Middleweight. You come out of a tournament like this on top, that demands a lot of respect and carries a lot of weight.”

29 “I’m always striving to be a better man to God, a better husband, a better Dad so it’s just work, but I’m committed to it.”