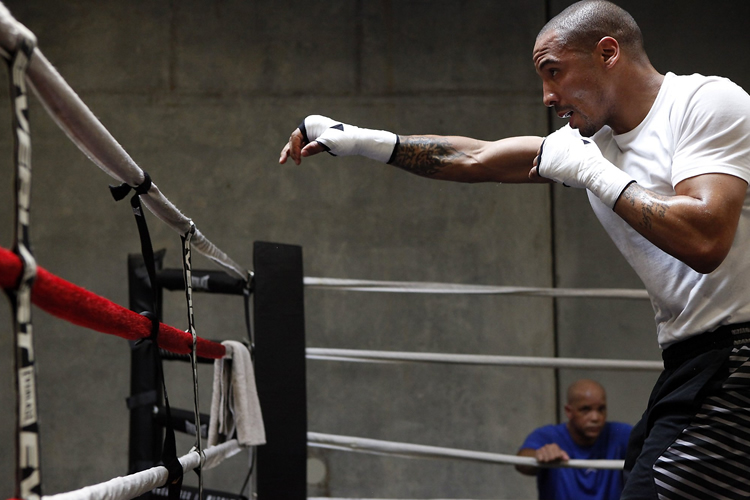 Boxing is a game of inches, and those inches are controlled with the feet which often dictates how a fight will play out.

The key word here is “inches”. Not metres. When a boxer can truly control distance without moving away too far and too often – which can be considered “running” – then he truly has the ability to control a fight.

This leads us to this fantastic interview with FightHype, where Andre Ward breaks down why the feet are more important than hands in boxing.

That probably explains why so many fighters in this era still don’t know how to use their feet to work angles, cut off the ring, control distance and ultimately control their opponent.

They’re either too flat footed, unecessarily move around far too much or are auditioning to be human punch bags.

In the end, they’re confined to becoming one dimensional fighters.

“Your feet are your first line of defense. You don’t have to be a mover but even when you’re on the inside and you can turn directions…it’s the difference between getting hit and not getting hit sometimes.”

It’s common for fighters to translate the phrase “use your footwork” into “retreat from your opponent”.

But great footwork can be used at any range – close, mid or long.

Ward explains as you get older and you can no longer move so much, the ability to use your feet to turn your opponent becomes significantly more important.

That’s evident in the likes of Bernard Hopkins and Floyd Mayweather, who are both able to fight at the elite level of boxing given their age, particularly Hopkins.

You often see fighters leading with their hands first and then their feet would follow after. They’re so focused on punching that they neglect foot positioning, and eventually it puts them in trouble against counterpunchers.

But when you’re able to harmonize the feet and hands together naturally, you’re also blending both offense and defense together. Having one independent of the other is a major flaw that needs to be fixed.

What do you think are the biggest changes that need to be made in order to improve the footwork of today’s boxers?

I would love to hear your opinion in the comments section below.