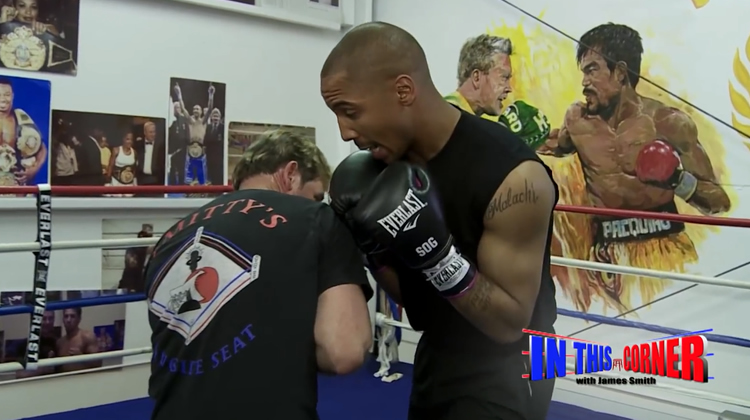 Olympic Gold Medallist of 2004 and Unified Super-Middleweight Champion Andre Ward has boxing basics down to a tee. He relies on his boxing IQ and exceptional defense to win his fights, rather than punching power or pure athletic ability.

His style may not translate well with crowds who just want to see a real tear up, but one cannot deny that his skill level his superior to most. In this segment with ‘Smitty’ from In This Corner TV, Andre Ward teaches some basic and advanced boxing techniques and strategies, and gives us an insight of when and how to use them.

I recommend watching the entire 16 minute video at the bottom, but I’ve also broken it down into easily digestible snippets of the most important information.

Andre Ward: “The jab can set up a lot for you and the jab can also get you out of a lot of trouble. If you get hit with a big shot and you’re hurt, that jab can keep a guy off you and keep him out of it. It can also allow you to win a round off a jab if you know how to use it, so the jab is just a lost art today.”

Smitty: “Distance, leverage, timing, a lot of that is set up with the jab. One of the things I love that you do is you fence with it to get that distance.”

On the above right, Ward demonstrates his jab against a southpaw, using his fight with Chad Dawson as a reference.

Feinting With the Jab

Defending With the Jab

Ward: “So this is something that allows me to not only get in range and punch, but it allows me to get out of range. I can control you with it. I can move you and I can block with it.”

Ward gives a brief explanation of the shoulder roll that Floyd Mayweather uses to defend against right hands. He then goes on to explain that he has always been taught to use the jab to defend punches instead and proceeds to demonstrate how.

Ward: “I can make it real discouraging for you to want to punch if I don’t want you to hit me.”

Smitty: “That thing to the body, it can paralyze a guy momentarily as well.”

Ward: “Yeah, it’s going to drain you, but then off of just beating you up slowly, now I can bring something off of the jab.”

Ward then demonstrates how you’re able to feint with the jab to the body and then come up top with jab or a hook, then go back to the body with the jab. This makes you very unpredictable and will confuse the hell out of your opponent.

Ward: “As young fighters today, we want a clean knockout, a real kind of shot or I don’t want to throw. But you got to understand that you may fight a guy with a tight defense and you got to break them down. You can hit a guy on his arms, he’s blocked it but I still hit you.”

“…You may block this punch but I still hit you (throws a cross to the elbow). I didn’t hit you in the stomach like I wanted to, but I caught you here (elbow) and if I hit you there 4 or 5 times per round for 10 rounds, you’re going to feel it.”

Ward: “In a boxing ring, my opponent has a game plan, I have a game plan, but the goal is to let you know that this is my ring and we’re going to fight under my terms and I’m going to implement my game plan right away. There’s going to be some resistance, but I’ve got to do what I got to do to take control of the ring.”

Smitty: “One of the ways you control it too is…you talk about technical aggression, the Chad Dawson fight you was in, the ability to bumrush with technical skill, you did that with him and did not let him relax. You jumped on him and finished with the left hook most of the time.”

Ward: “It’s just being called physically strong. Some people don’t know how to categorize my style…I’ll use the phrase that Bruce Lee used. I’m formless. I don’t have a style. I’ll be whatever I need to be. One thing that people underestimate with me is…they train just to fight a boxer but next thing they know, I slipped up inside of them and I can push them back and beat on them.”

Ward then shows how he’s able to get on the inside and beat up on his opponents with short punches, while pushing them back to the ropes continuously, before resetting, repeating the procedure and breaking the opponent down.

Smitty: “Combination punching I think has become a lost art with a lot of fighters. It seems like they don’t finish combinations. You will use the left jab and occasionally a lead right but you’re a combination puncher. Why is that so important to you?”

Ward: “I thought I was a combination puncher too until Virg (Ward’s trainer) told me otherwise. Guys like you and guys like Floyd Mayweather and even Bernard Hopkins, are pick ‘em type fighters. So you use a combination to get a guy out of there, but you’ll pick a guy.”

What Ward means by this is that he’s very selective about the punches he throws. So he will pick off his opponents with one of two shots, before finding the right moment (when his opponent is tired or unaware) to unload with a 3 or 4 punch combination. This tactic has made his punch connect ratio one of the highest in boxing.

Smitty: “You’re a physically strong dude. Most guys don’t realize how strong you are. Shane Mosley said the same thing in his prime…One of the things you do is bodying off a guy. It seems like you control the phone booth. You control the other guy’s body.”

Ward: “My inside game, and I still feel like it’s evolving, that came from years of drilling from Virg saying “listen, in the pro ranks you’re not always going to be able to be here (out of range). You got to learn to slip up inside a guy and not favor any hand.” [throw combinations] and muscle a guy back and let them know that you’re in a fight.”

Being physically strong in a fight is a huge advantage when fighting on the inside. You can push your opponent back to make him off balance while creating space for you to punch at the same time. Not to mention it’s very tiring for your opponent if he’s not as strong as you.

Smitty: “Not only are you thinking about what’s going on up top in your combinations but also, your feet are pretty quick. Maybe that’s that running back and safety I heard you played in football, because it seems like when you’re on the inside with a guy, you’re able to in just a few seconds, line up his body and be able to angle off one side to the other and let off whatever combination you need to get it.”

Ward: “These days, a lot of fighters are taught hands first. They never look at their feet. They just throw a jab when learning how to box. I was taught feet first. Learning how to use your feet with the jab.”

Foot movement is just as important in boxing as your hands, and it plays a vital role in defense and setting up your offense. Ward displays how he controls his opponent using just his foot movement to defend, and swiftly move inside just at the right moment to begin his inside work.

Ward: “Now in the center of the ring, I don’t have to move that much. It’s inches, which starts with my feet, not my hands…If you haven’t trained your feet the way that I trained my feet, you’re going to get tired.”

“If all your mitt work is in place with your coach here (standing in one place) and you throw pretty combinations but you’re not moving your feet…and you get into a situation where you have to move your feet faster than you want to, plus you’re getting hit, it’s going to be rough.”

Ward explains that the way that one way footwork can be taught is by doing repetitive drills in the ring. Virgil Hunter will move while Ward will have to track him down with the jab, and then defend against punches using just his jab and footwork.

Ward: “…I like it personally because it works my hand-to-eye coordination and it’s able to simulate a real situation. I could bang that heavy bag and it could sound and look good, and there’s a place for that to work on the power on my single shots, but if this man can create a situation for me where I have to think and react and come at me with the mitt where I have to get out of the way like a real fight, for me that’s beneficial.”