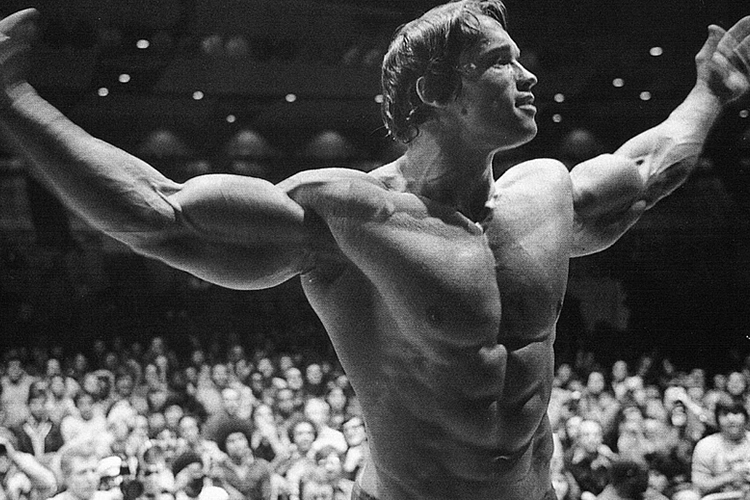 He started with a dream and began his quest for greatness as a teenager. Bodybuilding was the outlet that took him to America where he became a millionaire entrepreneur before appearing in Hollywood. A man of great determination, here are the most inspirational Arnold Schwarzenegger quotes.

1 “Failure is not an option. Everyone has to succeed.”

2 “The worst thing I can be is the same as everybody else. I hate that.”

3 “The mind is the limit. As long as the mind can envision the fact that you can do something, you can do it, as long as you really believe 100 percent.”

4 “I like the color red because it’s a fire. And I see myself as always being on fire.”

5 “I was always dreaming about very powerful people – dictators and things like that. I was just always impressed by people who could be remembered for hundreds of years, or even, like Jesus, be for thousands of years remembered.”

6 “For me life is continuously being hungry. The meaning of life is not simply to exist, to survive, but to move ahead, to go up, to achieve, to conquer.”

8 “Strength does not come from winning. Your struggles develop your strengths. When you go through hardships and decide not to surrender, that is strength.”

10 “In our society, the women who break down barriers are those who ignore limits.”

11 “If you work hard and play by the rules, this country is truly open to you. You can achieve anything.”

13 “Bodybuilding is much like any other sport. To be successful, you must dedicate yourself 100% to your training, diet and mental approach.”

15 “I knew I was a winner back in the late sixties. I knew I was destined for great things. People will say that kind of thinking is totally immodest. I agree. Modesty is not a word that applies to me in any way. I hope it never will.”

16 “I welcome and seek your ideas, but do not bring me small ideas; bring me big ideas to match our future.”

17 “I know a lot of athletes and models are written off as just bodies. I never felt used for my body.”

19 “I’ve seen firsthand coming here with empty pockets but full of dreams, full of desire, full of will to succeed, but with the opportunities that I had, I could make it. This is why we have to get back and bring California back to where it once was.”

20 “To those critics who are so pessimistic about our economy, I say, Don’t be economic girlie men!”

21 “My own dreams fortunately came true in this great state. I became Mr. Universe; I became a successful businessman. And even though some people say I still speak with a slight accent, I have reached the top of the acting profession.”

22 “You can scream at me, call me for a shoot at midnight, keep me waiting for hours – as long as what ends up on the screen is perfect.”

23 “Learned helplessness is the giving-up reaction, the quitting response that follows from the belief that whatever you do doesn’t matter.”

24 “The last three or four reps is what makes the muscle grow. This area of pain divides the champion from someone else who is not a champion. That’s what most people lack, having the guts to go on and just say they’ll go through the pain no matter what happens.”

25 “I admired Hitler because he came from being a little man with almost no education to power. But I didn’t admire him for what he did with it.”

27 “None of my rules of success will work unless you do.”

28 “Training gives us an outlet for suppressed energies created by stress and thus tone the spirit just as exercise conditions the body.”

29 “We made, actually, history, because it was the first time ever that doctors could prove that a lifelong Republican has a heart.”

30 “My fellow Americans, this is an amazing moment for me. To think that a once scrawny boy from Austria could grow up to become Governor of California and stand in Madison Square Garden to speak on behalf of the President of the United States that is an immigrant’s dream. It is the American dream.”