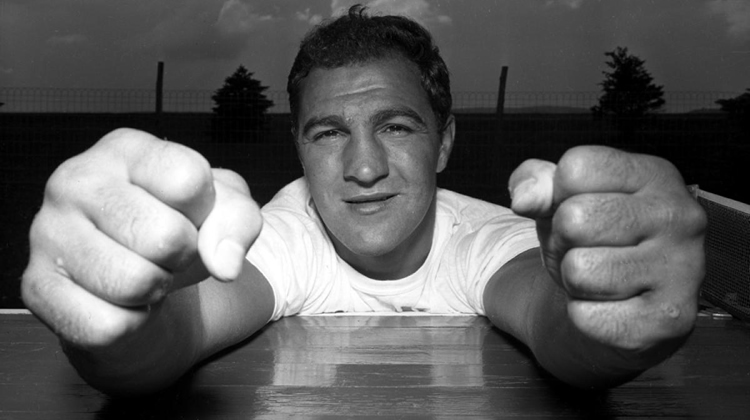 Many famous people have been a victim of bullying before or has helped someone that has, and they’ve become a stronger person because of it.

They understand the reasons behind bullying and have come face to face with it, either through taking up a combat sport such as boxing, or by getting support from friends and family.

Here are the top 30 quotes about bullying.

1 “When people hurt you over and over, think of them like sand paper. They may scratch and hurt you a bit, but in the end, you end up polished and they end up useless.” – Chris Colfer

2 “Life is a ﬁght, but not everyone’s a ﬁghter. Otherwise, bullies would be an endangered species.” – Andrew Vachss

3 “With ignorance comes fear – from fear comes bigotry. Education is the key to acceptance.” – Kathleen Patel

5 “What if the kid you bullied at school, grew up, and turned out to be the only surgeon who could save your life?” – Lynette Mather

7 “The common mistake that bullies make is assuming that because someone is nice that he or she is weak. Those traits have nothing to do with each other. In fact, it takes considerable strength and character to be a good person.” – Mary Elizabeth Williams

8 “Often the right path is the one that may be hardest for you to follow. But the hard path is also the one that will make you grow as a human being.” – Karen Mueller Coombs

9 “When you hold people up for ridicule, you have to take responsibility when other people act on it.” – Jay Asher

10 “If there are no heros to save you, then you be the hero” – Denpa Kyoshi

11 “By the time I came out, that kind of stopped it. The bullying stopped when I claimed myself and proved that I wasn’t afraid. A lot of it was when I was hiding when I was younger.” – Randy Harrison

12 “Courage is fire, and bullying is smoke.” – Benjamin Disraeli

13 “The bullying was hideous and relentless, and we turned it round by making ourselves celebrities.” – Julian Clary

15 “It is our choices … that show what we truly are, far more than our abilities.” – J.K Rowling

16 “Believe that life is worth living and your belief will help create the fact.” – William James

18 “Life isn’t about finding yourself. Life is about creating yourself.”  – George Bernard Shaw

19 “He who believes is strong; he who doubts is weak. Strong convictions precede great actions.” – Louisa May Alcott

20 “Remember always that you not only have the right to be an individual, you have an obligation to be one.” – Eleanor Roosevelt

21 “You can have no dominion greater or less than that over yourself.” – Leonardo da Vinci

22 “You have enemies? Good. That means you’ve stood up for something, sometime in your life.” – Winston Churchill

24 “No one can make you feel inferior without your consent.” – Eleanor Roosevelt

26 “Never be bullied into silence. Never allow yourself to be made a victim. Accept no one’s definition of your life, but define yourself.” – Tim Fields

27 “A lot of people are afraid to tell the truth, to say no. That’s where toughness comes into play. Toughness is not being a bully. It’s having backbone.” – Robert Kiyosaki

28 “I found one day in school a boy of medium size ill-treating a smaller boy. I expostulated, but he replied: ‘The bigs hit me, so I hit the babies; that’s fair.’ In these words he epitomized the history of the human race.” – Bertrand Russell

29 “You will never reach higher ground if you are always pushing others down.” – Jeffrey Benjamin

30 “Liston is like most big bullies, if you can stay away and make him miss for a few rounds he’ll get frustrated. Once you strip away that feeling of invincibility, he can be had.” – Rocky Marciano