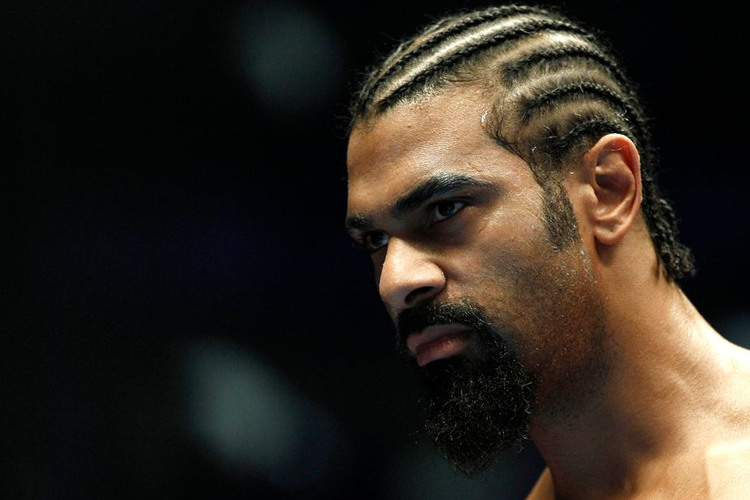 You either love him or hate him, and his controversial statements has invited more of the latter. However, he adds humor and entertainment in a division that desperately needs it. Here are the Top 30 Greatest David Haye quotes.

1 “You’re going to get violated in that ring. I am going to close the curtain on the joke that is the Audley Harrison show.”

2 “To be a successful boxer, the last thing you need to be doing is turning up to the gym stoned. You’re going to get beaten up if you do that.”

4 “If I had a hotdog in my hand, he would’ve had tomato ketchup on his face.” – In response to punching Dereck Chisora with a glass bottle in his hand.

5 “He is the ugliest thing I have ever seen. I have watched Lord of the Rings and films with strange looking people, but for a human being to look like he does is pretty shocking.”

6 “I abstain from any kind of release for six weeks before a fight, no self-pleasure, nothing. Even in my dreams, I’ll be about to have sex with a beautiful girl and I’ll say, ‘Sorry darling, I’m fighting in a few weeks.’ That’s control, bro, when you’re turning down a hot chick in your subconscious.”

7 “He’s got one of the best chins I’ve ever hit in my life. I was catching him and he was smiling at me, he was eating them. He’s a great fighter, he’ll be champion one day.” – On Dereck Chisora

8 “In between training sessions, I’ll often watch DVDs of King Kong, Godzilla or Frankenstein, just to keep my mind on the task in hand and remind myself of the magnitude of the challenge.” – On his preparation for his fight with Nikolai Valuev

9 “I don’t know who he (Wladimir) was trying to impress in that homo-erotic video of his doing bicep-curls. It didn’t impress me.”

10 “The Klit brothers should first fight each other, and the winner should fight me.”

11 “They may be big in Switzerland, but so are yodellers, and nobody wants to watch them fight. Heavyweight title fights should be huge events, not an afterthought in a country most famous for producing chocolate.” – On the title fight between Vitali Klitschko and Kevin Johnson

12 “Mum, Vitali just sent me a text, would you pass me a new pair of panties.”

13 “If he doesn’t want to fight me, just say it. Just say, “I don’t wanna fight you David, I’m getting old” – Talking about Vitali Klitschko

14 “I had to beat him up in front of everybody for threatening me.” – On his press conference brawl with Dereck Chisora

16 “If someone burgles your house, and you knock them out, are you gonna apologize for knocking them out? No you’re not, you’re gonna stomp on their head, just like any other normal person would.”

18 “Amir Khan will come back and he will win back the world title because I know the guy personally, and I know what he’s made off. There’s no quit in this guy.”

20 “I said that I was gonna smash him in three rounds, and that’s what I did.”

21 “He needs to be punished because the law hasn’t punished him. He’s never done any hard time.” – On Dereck Chisora

23 “He could’ve had Jesus, Buddha, he could have had every God in his corner, it wouldn’t have helped him against me.” – On his fight with Enzo Maccarinelli

26 “Maccarinelli thinks he can use me to make a name for himself, but that is not going to happen. He has made his fame by fighting nobodies. I’ve fought all the way to the top against top contenders.”

27 “It’s going to be fun watching this robot start malfunctioning.” – On Wladimir Klitschko

28 “The only thing on my mind is getting into that ring and destroying a boxing myth, someone who has reached a level of infamy through doing a number of stupid things.” – On Dereck Chisora

29 “I believe I’m a born winner. I always think about winning.”

30 “I knock people out. As soon as I land my shots on him, you will see the difference between class and hype. He’s been built up and he believes the hype, but I will beat reality into him.” – On his fight with Enzo Maccarinelli