How to Beat a Pressure Fighter 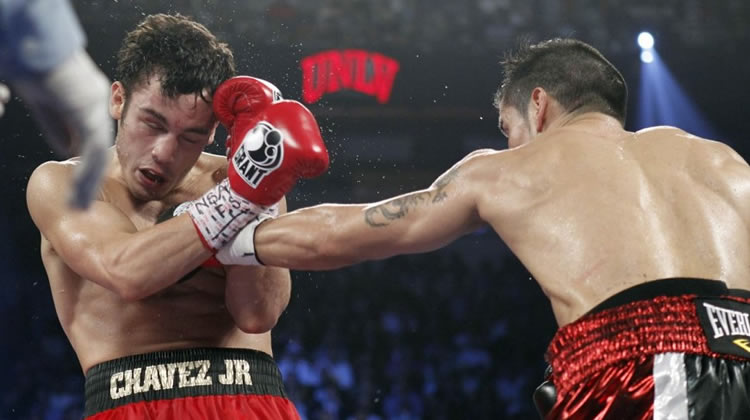 It can be intimidating and exhausting fighting someone who won’t stop coming forward. Many fighters fold under these circumstances.

You must learn exactly how to beat a pressure fighter if you want to last long in the ring. It’s not just about having the right tools, it’s about being able to implement a successful game plan too.

If you know the boxing fundamentals, I recommend you to check out the Advanced Boxing Workshop course, which has helped amateur and pro fighters to improve their balance, footwork and punching power.

What You Must Do

Here’s a short compilation video of simple yet effective one-twos (jab-straights), sometimes with other follow-up punches.

Rule number one when fighting a pressure fighter (or any fighter) is you have to establish your jab with authority.

It needs to be quick, snappy and powerful in order to keep your opponent from constantly charging at you. Your jab also measures range and helps you to set up your power punches.

No jab means that your opponent can close the distance much quicker and easier, get on the inside and bully you around. Read the article on how to throw an effective jab.

Shoot Down the Middle

You’ll find that a pressure fighter who follows you around will be open for the cross down the middle, especially if he squares himself up.

Set it up with your jab and time it just as your opponent is walking in, increasing the impact and power of your punch.

The one-two combination (jab, cross) will make your opponent think twice about coming in recklessly.

Use Effective Short Hooks and Uppercuts

The latter half of the above video shows how James Toney uses short hooks and uppercuts to do damage when fighting on the inside.

Your job is to keep your opponent on the outside, but if he manages to get within mid-range or on the inside, you need to know how to fight him off. Your main weapons will be the lead hook and rear uppercut.

Since your opponent will already be within range, you need to make these punches quick, accurate and powerful, and they should be if you throw them short.

A good combination would be to throw the rear uppercut first, followed by the lead hook, then roll under any return punches, pivot to your outside and establish your jab again.

Go to the Body

A good pressure fighter will have a good defense. He would know how to bob and weave and slip punches. Chances are, he would probably have a good chin too.

For these reasons alone, you should invest heavily in a consistent body attack. Don’t leave it too late though, go to the body early and often. A body attack usually pays off in the later stages of a fight.

Pernell Whitaker is widely regarded as one of the best defensive fighters of all time. The above video shows how he uses lateral and upper body movement to skillfully maneuver around the ring to avoid punches and at the same time create different angles for punching opportunities.

Don’t be a stationary target. If you want to beat a pressure fighter, then you have to keep moving sideways, circling your opponent.

If you’re an orthodox fighter, then keep moving to your left. This is essential for fighting a southpaw. If you’re a southpaw, then do the opposite and move to your right.

Lateral movement keeps your opponent off balance and will give you better angles to hit the target. Whatever you do, don’t move back in the straight line because your opponent will chase you to the ropes or corner, and he’ll have a field day with punches straight down the middle.

Fight on the Back Foot

Not only do you have to use lateral movement, but since your opponent will be coming forward constantly, you must also be able to fight on the back foot while using lateral movement.

If your opponent doesn’t know how to cut off the ring, you’ll have a much easier time because he’ll just be following you around in circles.

However, let’s assume he does know how to cut off the ring, it’s the reason why you must have an effective jab and not get trapped on the ropes or in the corner.

Pressure fighters can get frustrated and will bull rush you, wildly swinging away. They may even get on the inside and make you feel uncomfortable. You must tie his arms up and not let him punch when you’re vulnerable.

It sometimes makes an ugly fight, but you’re in there to win. Some of the best technical fighters such as Andre Ward knows when to clinch, and how to fight during a clinch.

Stay off the Ropes / Out the Corner

It’s extremely difficult to not touch the ropes or the corner when you’re up against a good pressure fighter. Sometimes it’s inevitable, but the rule is to not stay in that place for too long.

A general rule is as soon as you feel your back touch the ropes, quickly pivot out of the way and turn your opponent.

Some fighters are excellent at fighting off the ropes and they get away with being on the ropes or in the corner for extended periods of time.

Even beating their opponent at their own game. It’s a good idea for you to learn how to fight off the ropes, but it’s best to never let it get to that point.

The Epitome of How to Beat a Pressure Fighter

This was a boxing masterclass performance by Pernell Whitaker against one of the greatest pressure fighter of all time. Whitaker, who was a southpaw, well-known for his extraordinary defensive abilities, fought on the backfoot and circled to his right for the entire fight. It frustrated and tired the hell out of Chavez Sr. Whitaker controlled the fight and clearly won it, but it ended up being a very controversial draw.

In their first meeting, Castillo lost a decision that many felt he deserved, which is why a rematch took place. This time, Mayweather erased any doubts that previously took place by putting on display of magnificent footwork and counterpunching skills.

Anytime he felt his back touch the ropes, he quickly moved out the way. Mayweather rarely ever stood still, and anytime Castillo managed to get inside, he would get clinched. This time, Mayweather earned a unanimous decision that no one could dispute.

Iran Barkley was a crude, bullish fighter with good power and chin. He was physically bigger than Toney and tried to impose his size and strength on him, like he would all his other opponents. However, Toney was a crafty veteran known for his shoulder roll technique.

Without running or holding, he obliged with Barkley’s wishes to trap him on the ropes, but turned his defense into offense and completely counterpunched Barkley into a 9th round stoppage.

If you implement all the above correctly, the fight is there for you to take control of. Knowing how to remain calm is important, but that comes with experience.

Ultimately, it’s your responsibility to set the pace of the fight, meaning you must do what you want to do and when, and never letting your opponent doing what he wants to do which is to make the fight a brawl. Follow your game plan from start to finish and don’t allow the macho antics deviate you from that.

You may also be interested in the How to Be a Pressure Fighter article.