How to Bob and Weave 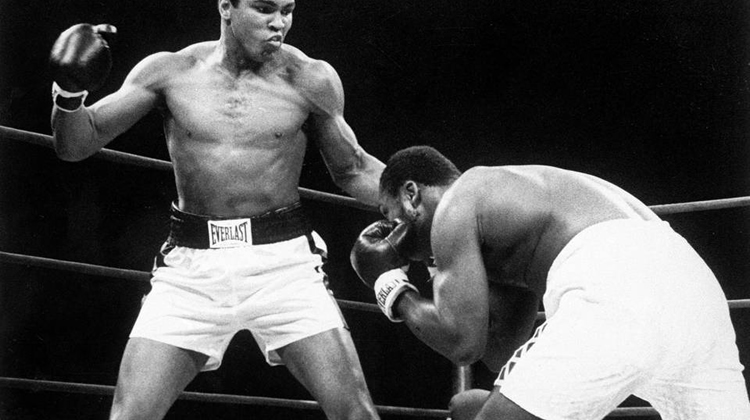 Anyone can learn how to bob and weave very easily. It’s one of most basic defensive maneuvers in boxing, but extremely effective nonetheless.

Come forward brawlers such as Mike Tyson and Joe Frazier were masters at bobbing and weaving.

If you’re a pressure fighter who is shorter than most of your opponents, then you must learn how to perform this technique effectively because it’ll allow you to get on the inside of a taller and rangier opponent while avoiding punches.

If you want to learn boxing fundamentals, I highly recommend the How to Box in 10 Days course which takes you through the boxing basics step-by-step.

Steps to Bob and Weave

Step 1: When you’re approaching your opponent and getting into range, keep both hands up and keep your eyes on your opponent’s face or chest. This way, you can easily spot any movement with either arm.

Step 2: As soon as your opponent throws a punch, you quickly bend at the knees (not your waist) and move your head (like in a “V” shape motion) to the outside of the punch. Remember to keep your weight centered at all times.

For example, assuming that you and your opponent are both orthodox, and he throws a left hook, then drop down and move your head to your right side so you’ll end up on the outside of his punch.

You don’t necessarily have to always move your head in a “V” shape motion. Usually, you’ll find that just by dropping your knees, you’ll automatically end up on the outside of your opponent’s punch anyway, if he commits to the punch.

Step 3: When you come back up, don’t fully stand up and continue to keep your hands up. You should be still have your eyes fixated on your opponent’s chest level. If your opponent  is throwing fast combinations, then you may want to continue to bob and weave again.

If you’ve done it correctly, you should end up on the outside of your opponent’s punch when you come back up, meaning that he’ll be wide open for a counter lead hook or the cross, depending on how close you are.

Examples of Bobbing and Weaving

As a heavyweight standing at only 5’11, Tyson was shorter than most his opponents. As you can see on the clip to the right, Tyson bends his knees and waist slightly, but still has his weight centered so he’s not off balance.

He bobs and weaves to his right, avoiding the left hook, then does the same to the left while getting under the right hook. Both times, he ends up on the outside of his opponent’s punches, which causes him to overstretch.

After the last punch, Tyson is in the perfect position to throw the left hook to the body or head. Wisely, he chooses the body since it’s a bigger target.

Frazier was also short and stocky, and physically strong with a powerful left hook. Although he bent down at his waist to bob and weave, a fundamentally incorrect move, he was able to get away with it against most opponents because his arms were held horizontally covering his body and head, which blocked uppercuts.

However, this would be his downfall when he came up against a bigger and stronger opponent in George Foreman, who took advantage with his jab and powerful uppercut.

On the clip to the right, Frazier ducks under Ali’s two jabs and a left hook to land his own left hook. Notice how he doesn’t have to bob and weave to the outside of Ali’s punches but still manages to get within range because Ali is a stationary target.

This time, you see Frazier bob and weave to his right, getting under and on the outside of Ali’s left hook. He then fires the famous left hook of his own which lands flush on the chin.

Notice how Ali doesn’t even see the left hook coming. If Frazier had moved to the inside of Ali’s left hook, he would’ve been directly in Ali’s line of vision and Ali may have been able to avoid the punch.

Mastering the Bob and Weave

Fortunately, there are some easy ways to practice the bob and weave technique. The following two are the most common.

Most beginners don’t bob and weave correctly because they’re worried about getting hit when getting into range. You’ll find that once you’re more confident and experienced, bobbing and weaving will come natural and your reflexes will become better.

Ultimately, the bob and weave should be combined with parrying, blocking and slipping punches in order for you to have a well-rounded defense.