How to Punch Harder 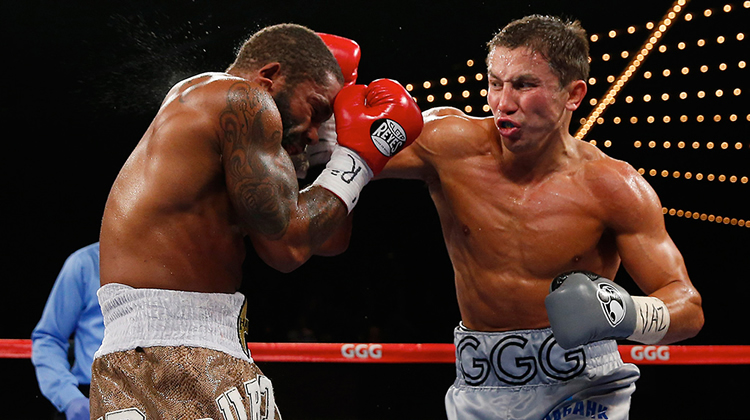 A little while ago, I wrote an article on Top 10 Techniques To Increase Punching Power which demonstrated brief but useful tips.

This guide on how to punch harder is a much more comprehensive guide where I’ll break down each component of internal and external factors that make up a fighter’s punching power.

Ultimately, your entire body should be acting as one to deliver energy all the way from your feet to your fist.

A heavy bag allows you to work on your power punching. See the 10 best rated heavy punching bags here.

Anyone throwing a well-placed punch with good speed dramatically increases their chances of hurting their opponent, no matter how hard they can or cannot punch.

That’s why you should always focus on your speed and accuracy before power. One way you can improve on your hand speed and precision is by working the double end bag, which also helps to improve your timing.

If you want extra power, then always make sure that you’re in the right position to throw a punch. This means that your opponent should be within range and directly in front of you. If he’s too far to your left or right, it doesn’t mean you won’t catch him, it just means your power will be reduced.

Remember to exhale everytime you throw a punch, and inhale when you’ve finished. If it helps, make a noise to exhale, but whatever you do, do not hold your breath because it will quickly drain your energy.

No matter how fast your opponent is, you can always beat him if you have excellent timing, and timing is necessary for counterpunching. You probably already know that the punches that hurt the most are the ones that you don’t expect.

Being a good counterpuncher means that you’re more likely to catch your opponent off guard, which not only causes more pain, but will usually make him reluctant to attack.

The rules above to punch harder are generally the same for all types of punches, however, the technique of each punch is different, so I would recommend that you check out these other articles to understand exactly how to throw a specific punch.

While it’s true that some fighters are naturally heavy handed no matter how incorrect their technique is, you’ll find that the majority of fighters that punch hard and have good knockout power, it’s due to their technique of throwing a punch.

Anyone and everyone can and should work on this because not only will it increase your punching power, but it also makes you a better fighter.