How to Throw a Jab

Everything starts with the jab. It’s the most important weapon in a boxer’s arsenal. The jab helps to set up your other punches, and can also be used to distract your opponent, find your range and keep your opponent off you. If you observe the best ring technicians in action, they all have good solid jabs.

There are many variations of the jab for any give style, but even the most experienced boxers throws the jab incorrectly which often leaves them open for counters. If you want to become a better boxer, you must get the fundamentals right and know how to throw a jab the correct way.

The Fundamentals of a Jab 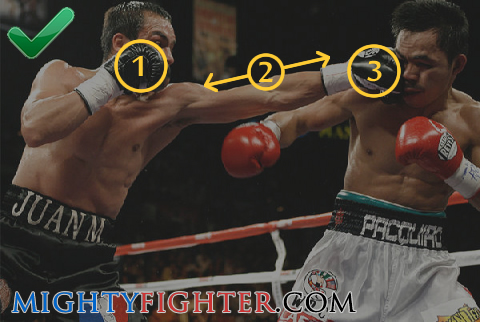 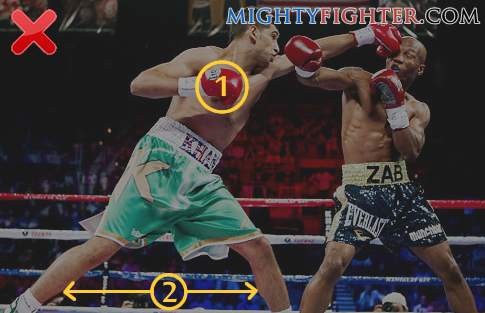 If your opponent is out of range, instead of lunging in and reaching, then you must take a step forward and jab at the same time. It increases power through added motion and allows you to get in range safely.

Make sure that your steps are small (covering only a few inches with each step) and not far. If you step too far then your legs will be too far apart therefore causing you to be off balance.

This is the same as the step jab, but instead of coming forward with the jab, you’re stepping to the side. Ensure that you always step to the outside of your lead foot, which will allow you to circle your opponent effectively.

This is great for controlling the center of the ring and keeping a pressure fighter off you because movement will usually disrupt their rhythm and balance.

The jab to the body is extremely effective if utilized correctly. It must be thrown quickly from your normal stance and you must resume back to your position just as quick.

Essentially, you’re taking a step forward, crouching down and shooting the jab all at the same time. Only crouch down low enough to avoid incoming punches.

The body jab can also be used to distract your opponent downstairs to set up punches to the head. Floyd Mayweather Jr executes the body jab and straight right very well.

The ‘up jab’ is an unconventional way of throwing the jab from around the waist area. It has exactly the same characteristics as a normal jab, but it’s just thrown from below.

The advantage of this is that your lead hand will be out of your opponent’s eyesight therefore, he usually won’t expect it or see it coming. It’s a lot riskier than all the other types of jabs so you need to be quick and accurate with it. Sergio Martinez utilizes the up jab a lot.

Using your jab as a range finder is excellent for measuring distance and distracting your opponent. It’s not intended to catch your opponent off guard, hurt or even hit him.

You simply just put your lead arm out, but not fully extended and in your opponent’s line of vision to distract him, which will allow you to fire the straight once you’re in position.

A feint is a move that’s designed to force your opponent into thinking that a certain action will take place thus causing him to make a move.

Using the jab as a feint is excellent for setting up your straight punch, especially if your opponent often slips your jabs.

The clip on the right shows James Toney putting his jab out as a feint, causing his opponent to dip his head. Toney knew that this would happen and is quick to react by firing his straight right.

When you first enter the boxing gym, one of the first things that a good trainer will drill into you is to work on your jab. That tells you the importance of having an effective jab, so you must work on this everyday.

The double end bag will help you with the timing and accuracy of your jab, so it’s beneficial if you have access to one. You can check out 5 of the best rated double end bags here.

No matter what kind of style you have, it’s essential to come forward with a jab and if you’re fighting on the back foot against a pressure fighter, a decent jab is vital. Make all the fundamentals of the jab a habit and you’ll become a much better boxer because of it.