How to Throw an Overhand 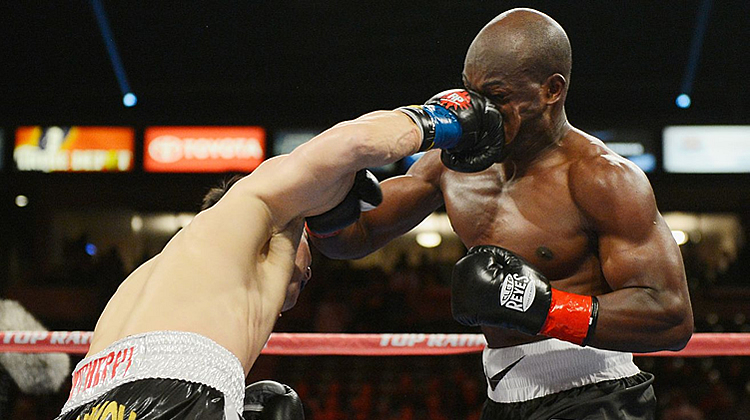 The overhand punch is a mid-range punch that is thrown using the rear hand, which loops over above your head and is aimed at the head of the opponent. It’s one of my favorite punches, and you’ll often see it thrown by brawlers and punchers.

There are several advantages of throwing an overhand, which are:

However, the overhand is a double-edged sword and has its disadvantages also, which are:

If you want to learn more about the fundamentals of boxing, I highly recommend the How To Box In 10 Days course, an e-book and video guide which teaches you all the boxing basics.

Please note: The following points are made assuming you and your opponent are adopting the same stance (e.g. orthodox vs orthodox or southpaw vs southpaw). 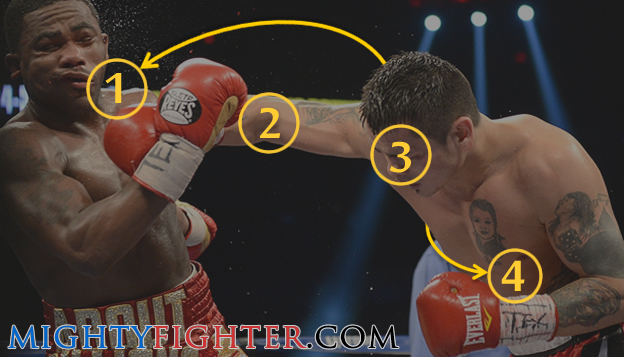 The Fundamentals of an Overhand

You can practice your power overhands on heavy bags, check out the top 10 best heavy punching bags here.

Setting Up the Overhand

Just like with every other punch, it’s a good idea to use the jab to set up the overhand. You can use the jab to line up the target as well as distract your opponent.

However, you can throw the overhand as a lead punch when using it as a counter, or if you’re catching your opponent on the run.

If you’re closing the distance on your opponent and spot an opportunity to throw the overhand, you must throw it short. That means bending your elbows a bit more and don’t over-loop the punch.

At 0:12 seconds of the video above, it shows Dmitry Pirog closing the gap, throw a jab as to find his range and to distract his opponent (Daniel Jacobs), and then throw a short overhand over his opponent’s jab.

A wide overhand should be thrown when you’re in mid-long range.

Since your opponent will be slightly further out, your elbow will only be bent slightly as the overhand is being thrown, and bends to a 90 degree angle as the punch is landing.

Overhand Counter Over the Jab / Hook

One of the most common counterpunches, especially one that brawlers like to use, is the overhand over the jab (when both fighters have the same stance).

As soon as you see the shoulder move, this indicates that your opponent is going to throw either a jab or a hook. You can time this and throw your overhand when you see this body movement.

If your opponent has an opposite stance, you can also catch him on a counter overhand if he steps in with a jab or a hook.

You won’t see many pure boxers throw the overhand often because it’s not an easy punch to land, and a good boxer can usually read it. It also puts you in a vulnerable position if you were to miss.

However, it’s a powerful and deceiving punch that should be in the arsenal of every pressure fighter. You shoulder study the following fighters, who have effective and powerful overhands.

The best way in which you can practice your overhands is by using a maize bag, which is a tear shaped heavy bag. You can also practice it on conventional heavy bags, though I find that the maize bag is better for practicing overhands. Get the punch technique and your foot positioning right first before you throw with full power.