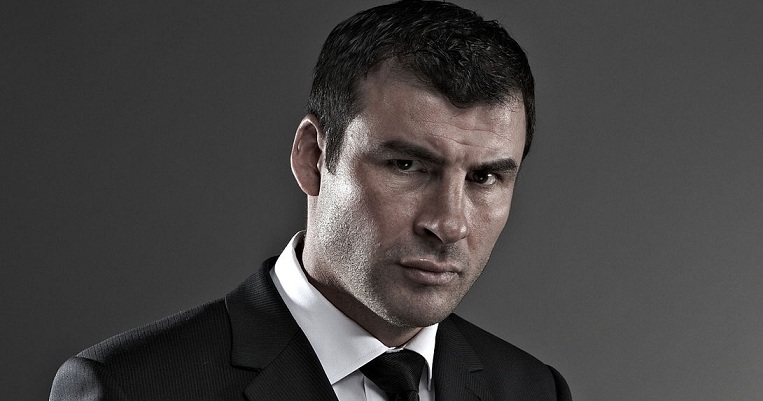 He’s one of the best boxers the UK has ever produced and arguably one of the best Super Middleweights ever who reigned his division for a long time. Here are the greatest Joe Calzaghe quotes.

1 “I’m devastated with the injury but I’ve proved my heart and skill to everyone by fighting one handed for eight rounds.”

2 “To retire at the top of the game, that’s always been my aim.”

4 “If I look at the fighters that are coming through, fighters like Carl Froch for instance, do I worry about fighters like that? Course not, I could eat them for breakfast.”

5 “If I would’ve fought Andre Ward in my prime, I would’ve beat him.”

6 “It’s not my place to say how good I was because the thing is, every champion from every era is a great fighter and it’s up to one person’s interpretation to who is actually the best.”

7 “I feel blessed that I managed to fight 46 fights undefeated, that I was a world champion for 11 years, one of the longest reigning champions of all time and I like to think that I come out looking pretty good.”

8 “I train the same way as I’ve always trained, even before I was champion. That’s the difference, I train like a challenger.”

9 “There’s no silver spoon treatment in this place.”

10 “Alright, he’s chucking his toys out the basket and Gary Shaw has a big mouth and shouts a lot.”

11 “No secret man. Just starvation, hunger and diet.” – In response to being asked his secret on making weight.

12 “He said he busted me up (Bernard Hopkins). This is a few days after the fight. I got a mark on my nose that was a head butt.”

14 “He’s an old good fighter, he’s an intelligent fighter but I wouldn’t say he’s the best I’ve ever fought.” – On Bernard Hopkins

16 “I don’t know if I have the patience and I don’t have a trainers license but I will help out. Whether I want to do that full time, I doubt it.” – On becoming a trainer

17 “The lacy fight was a career defining fight.”

18 “I love the big fights. Obviously you can’t fight just for the money but the money is nice.”

19 “I’ve always been motivated to be a champion since the age of 13 and I love being a winner.”

20 “The Eubank fight was my hardest fight.”

21 “Lacy was a pleasurable fight. It wasn’t my hardest fight because I won every single minute of every single round.”

22 “My lowest points was getting injured and pulling out of fights.”

23 “I keep my feet on the ground, keep dedicated, keep focused, underestimate nobody and obviously you need the ability, talent and everything else that goes with it.”

24 “When you know yourself that you’ve come through preparation injury free and you’ve done everything, you’ve done the work in the gym and the rounds of sparring, it fills you with confidence.”

25 “I know Haye’s a good fighter as well and he beat Mormeck but Mormeck is not Enzo Maccarinelli and does not have the speed, stamina or punching power.”

26 “Two big punchers, you’ve got to keep your chin down, keep your defense up, don’t be careless or open, box sensibly, control the centre of the ring and when he lets his punches go, believe me he’s gonna know all about it.” – On David Haye vs Enzo Maccarinelli

27 “I’ve been eight years with this beautiful little thing and I’ve got a partner for him now. After eight years of trying to unify the titles, it’s going to be pretty hard to give this up.”

28 “He’s gonna try and stand back, mess me about a bit, be cagey and hold on the inside and make it one of them fights that are boring. I don’t wanna make a boring fight. I don’t like to be involved in boring fights!”

29 “Judging by your performance at the Olympics, it don’t look too bright for your future does it!” – Responding to the state of boxing in the US.

30 “I honestly think that a Pavlik fight would be easier than Jones because styles make fights. He’s one dimensional, comes in straight lines, I love that.”