Sergio Martinez – Fight Against Bullying and Violence Against Women 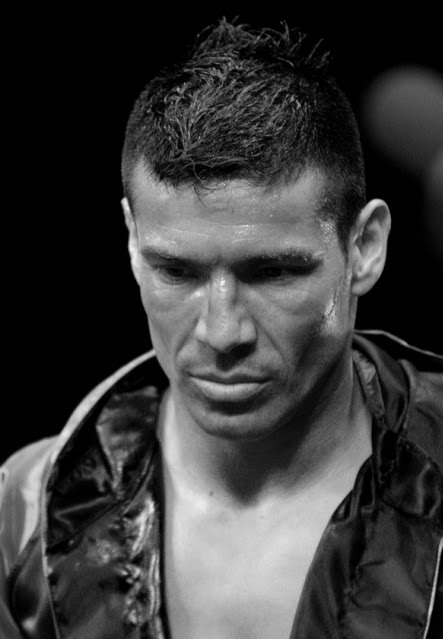 Sergio “Maravilla” Martinez burst onto the world boxing scene in 2009 when he went to war with “the most feared man” in boxing at the time, Paul “Punisher” Williams.

Martinez was barely known at the time, but the fight turned out to be one of the best fights of the year, which resulted in a controversial majority decision loss for Martinez.

Not deterred by this, he’s since had 5 straight wins with 4 coming by way of knockout, including starching Williams within 2 rounds for their rematch.

In September 2012, he’ll be entering the biggest fight of his career against son of Mexican legend Julio Cesar Chavez Jr.

The road to glory was never set out for Sergio Martinez. Born into poverty in Buenos Aires, Argentina, Martinez had to work extremely hard to get to where he is today.

His journey was not easy. Growing up in a very tough neighborhood combined with low self-confidence meant that Martinez was bullied as a kid, the main drive that he needed to become a great athlete.

Martinez’s vision and desire would entail a rocky road filled with sacrifices and disappointments on the way. The lack of money drove him to leave school at 14 to work so he could contribute money towards his family. He realized that sports was a way out of his situation. Cycling was his passion but to become a famous footballer was his dream.

The turning point in his life came when he was advised by his uncles to go to the boxing gym to work on his stamina. On his 2nd day there, he knew he wanted to become a boxer instead. He began fighting in the amateurs at 20 years old and had every intention of getting out of poverty. Just 2 years later, he had his first professional fight.

A natural southpaw, Martinez’s career was threatened when he broke his left hand, which forced him out of boxing for a year. He would return to compile a long winning streak. He only had one blemish on his record in his more inexperienced days, when he lost against disgraced Mexican Antonio Margarito.

Despite success as a young professional, Martinez still struggled to support himself and his family. When Argentina’s economy collapsed in 2001, Martinez left his homeland for Spain, in search of a better for himself as well as his family that he left behind.

He washed dishes at a bar, worked as a porter, construction, bouncer, model and taught boxing at a gym to get by. By pure chance, he found a little piece of paper with the number of his current trainer, Pablo Sarmiento. The discovery was a life saver as he started working with Pablo and his brother Gabriel two days after they had met.

They bonded well and began winning fights all over Spain and England, and won a few minor titles on the way. However, Martinez and his team knew that if he wanted to become recognized as the best fighter in his weight class, then he’d have to captivate the American audience.

Journey to the United States of America 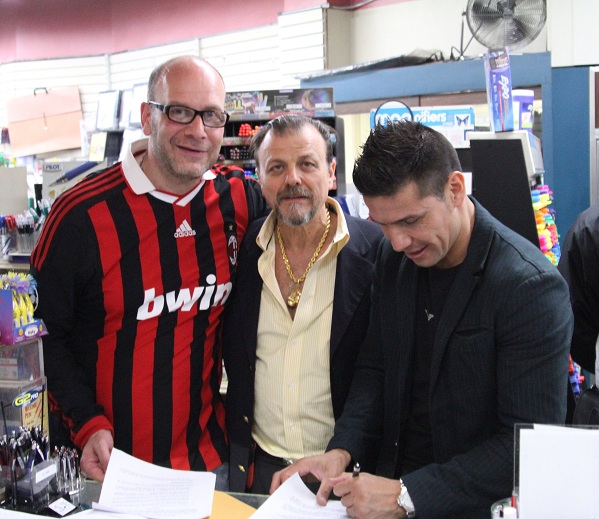 He had no name, still had little money and had no contacts in North America. This was to change when Sampson Lewkowicz, Martinez’s agent who has an eye for talent, passed on a tape of his fights to American promoter Lou Dibella.

Although Martinez fought relatively low opposition for much of his career, Dibella was amazed of how easily he was dominating his opponents, and was even more surprised that nobody had signed him yet.

It was an easy decision for Dibella and since they partnered, both of them steered their way into the forefront of the boxing scene by putting on exciting and impressive fights.

Sergio Martinez is now universally recognized as the best middleweight today and the number 3 pound-for-pound boxer in the world, behind Floyd Mayweather Jr and Manny Pacquiao, two fighters who are arguably among the all-time greats.

Campaign Against Bullying and Violence Against Women

Outside of the ring, Sergio Martinez spends his time teaching boxing to youngsters. He’s also an advocate for anti-bullying and against violence towards women.

He treats these issues with just as much, if not more, seriousness as he would treat his own battles in the ring. Martinez has traveled the world visiting centers and safe houses for women who were victims of violence.

His passion for helping the underdog came to light when former lightweight champion Edwin Valero, murdered his wife in March 2010 and subsequently hung himself while in jail.

Lou Dibella, Martinez’s promoter said about the incident “Sergio was incensed that people were feeling bad for Valero,” says DiBella. “He was like, what about his wife? What about his kids who have no parents?”

In his next fight, Martinez would have Jennifer Carolina (Valero’s wife) stitched onto his shorts as a dedication. 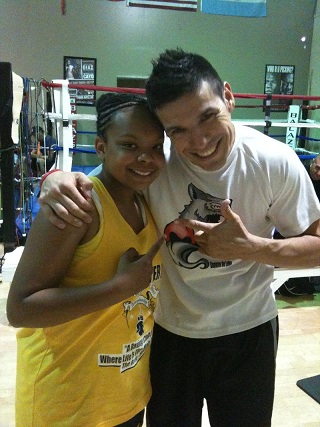 Monique McClain was 14 when she first met Sergio Martinez in 2010. Before that, she endured relentless bullying from the bus stop all the way to school and until she returned home.

Physically and verbally abused by a group of vicious girls, her mother had no choice but to pull her out of school when teachers told her to “suck it up”.

Johnny Callas, boxing referee and coach who was helping Monique through her ordeal, notified Martinez and he managed to contact her and arrange a meeting through a HBO intermediary.

They struck up a friendship and since their meeting, Monique is seen ringside at all of Martinez’s fights.

Sergio’s kind-hearted spirit is no surprise as he too, knows how it feels to be a victim of bullying.

In his own words about Monique’s situation, he said “It was such a sad story, I knew I was going to reach out. I think she was on the verge of contemplating suicide, and that’s why I really wanted to do something.”

Monique is now back in a new school with a new found attitude towards life. She’s also become the youngest ambassador for WBC World Boxing Cares while Martinez has been presented with an award for helping bullied children.

By no means are these publicity stunts due to the fact that no reporters are allowed into the safe houses Martinez visits. Throughout his entire career Martinez has always carried class and upheld strong morals, which sets him apart from many fighters.

A great fighter for himself and others inside and outside the ring, Sergio “Maravilla” Martinez has grown a tremendous heart and mental toughness from all his hard work and dedication throughout his whole life. He has stood by his life’s motto since the very beginning – “It gets better”, and it certainly has.