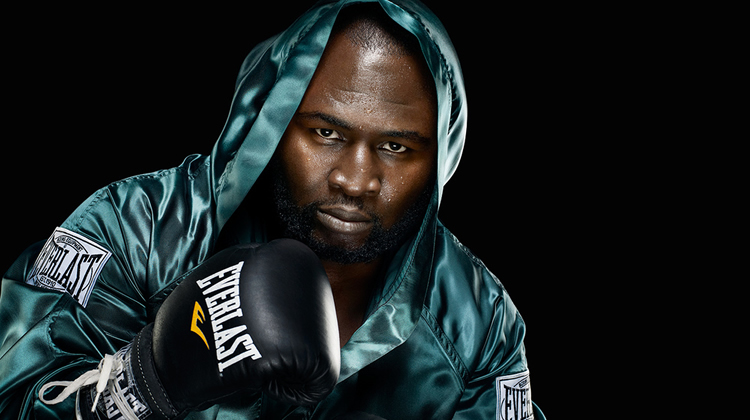 James ‘Lights Out’ Toney is a brash character outside the ring, where trash talking is the norm. Inside the ring however, he was one of the best counter-punchers who can swiftly turn defense into offense by using the famed ‘shoulder roll’ technique. He has many, but here are 30 of the greatest James Toney quotes.

1 “I’m not gonna box Ruiz…I don’t box, I knock holes through people. I’m gonna cut Ruiz up. I’m gonna butcher him. He ain’t gonna last five rounds. Either he winds up on the canvas or in the hospital. It’s his choice.”

2 “I have always been ready to fight anybody out there, anytime, anywhere. I will knock them all over. My talent speaks for itself.”

5 “I don’t care who wins, I’ll fight either one of them. As a matter of fact, I’ll fight them both on the same night if they want.” – When asked who he thinks will win between Nigel Benn and Chris Eubank.

6 “My birthday was Monday, now I finally get to go home and enjoy it with some Burger King. Here I come baby! Burger King! Burger King!” – Post fight interview after is win over Mike McCallum.

8 “My talent speaks for itself, I ain’t gotta answer nobody else’s questions. I’m going home, we’re gonna have a party!” – After his win over Evander Holyfield

9 “I represent boxing. I represent the old school. That’s me.” – On his venture into the UFC

10 “If I’m the poster boy for steroids, steroids is going out of business.” – Responding to his positive test of anabolic steroids after his fight with John Ruiz for the WBA heavyweight title.

14 “That’s why y’all sport is so messed up. In boxing, the NFL, the NBA, you have to be retired for 5 years to be considered to be a hall of famer. This guy has never retired (Randy Couture), he’s already in the hall of fame. Y’all got this shit messed up. But you know what? I’m gonna clean it up.”

15 “I don’t need a belt to make me. I make the belt. I feel great and that’s all that matters. I’m still heavyweight champion of the world.”

16 “Everybody who doubted me, if you don’t want to respect me, fuck em.”

17 “Evander Holyfield’s a great fighter, I watched him when I was a kid, I love the guy, but I had to do what I had to do. It’s what I get paid to do.”

20 “No matter what happens, I know I did not cheat or take any illegal substances. Keep in mind when the topic of steroids and drugs surface in the sport, James Toney states there is no need and has never been a need for me to indulge at all in any illegal substances to help me beat anybody.”

21 “The only freak show I got is between my legs.” – Responding to Dana White’s comment that his fight with Randy Couture is a freak show.

22 “They can all get some. Remember this! I will do this to all y’all down here. Look at his face. I don’t care if you’re a flyweight, or your mamma weight! I will kick your ass!” – After beating up his sparring partner

24 “I got tired of everyone being in my way, so I had to kick them out to have my privacy.” – In response to why he closed his camp on the run up to his showdown with Roy Jones Jr.

26 “He could’ve fought me by now. We could’ve fought in October but he decided to fight fraudly (Audley) Harrison. I’m not even thinking about him. If he’s got to go out of his way to talk about James Toney, Damn, something’s wrong with him.”

27 “I didn’t run from the situation. I didn’t hide the ordeal from the reporters like the sissy baseball players. I fought it head-on… We dealt with it. It’s over. And now we’re moving on.” – On his positive test for anabolic steroids.

28 “Man I told Dana when I first came to the UFC, I don’t wanna fight none of these bums…I want the best. I wanted this man right here [points to poster of Brock Lesnar], but he was sick. I didn’t know that. So I said, ‘what about Chuck, Chuck, whatever his name is, Chuck Liddell?’ He was sitting there all scared and nervous.”

29 “After I knock out Randy Couture, I’ll fight for the heavyweight title, the real heavyweight boxing title in October or November, come back and fight in the UFC in January or February. It doesn’t matter, I’m a two sport athlete. The oldest man to ever do that.”

30 “He’s stepping up to challenge me. Anybody that challenges me, has got to get dogged out. That’s my job.” – In response to why he’s being so disrespectful to Roy Jones Jr.