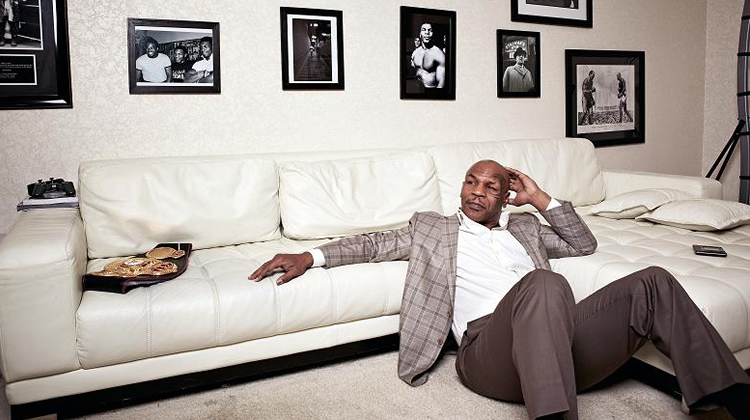 Mike Tyson is one of the most famous sports personalities the world has ever known. Renowned for his ferociousness inside the ring and his crazy antics outside, he brought the kind of attention to boxing that hasn’t existed since. He has so many quotables, but here 30 of the greatest Mike Tyson quotes.

3 “When you have something in life that you want to accomplish greatly, you have to be willing to give up your happiness…I’ve lost all my sensitivity as far as being embarrassed, being shy, you just have to lose that.”

4 “Discipline, doing what you hate to do but do it like you love it.”

5 “These books ain’t window dressing. I think Machiavelli’s the most sophisticated writer outside of Shakespeare. Way ahead of his time. Such a manipulative person. Everything he accomplished he did by kissin’ ass.”

6 “I’m gonna make sure you talk about me, and your grandkids and kids after that gonna know about me…your great grandkids will say “wow, wasn’t that a bizarre individual?”

7 “One of my friends once saw another guy’s (criminal) record and said, ‘Look, this guy is a born troublemaker, just a loser.’ I had to tell him, ‘No, that’s my record—and it doesn’t include my juvenile history.”

9 “I’ll fight anybody my trainer puts me in with because I’m confident I can beat any fighter in the world. If anybody can see I’m almost a master at evading punches coming at me.”

10 “I just have this thing inside me that wants to eat and conquer. Maybe it’s egotistical, but I have it in me. I don’t want to be a tycoon. I just want to conquer people and their souls.”

11 “I had to persevere because this was my life. This championship, this was the stuff I dreamt of all my life, and I wasn’t gonna be denied.”

12 “I was gonna rip his heart out. I’m the best ever. I’m the most brutal and vicious, the most ruthless champion there has ever been. No one can stop me. Lennox is a conqueror? No! He’s no Alexander! I’m Alexander! I’m the best ever. I’m Sonny Liston. I’m Jack Dempsey. There’s never been anyone like me. I’m from their cloth. There is no one who can match me. My style is impetuous, my defense is impregnable, and I’m the ferocious. I want his heart! I want to eat his children! Praise be to Allah!”

13 “You can’t be disturbed by anything. There’s no emotion involved. You can’t feel sorrow, you can’t feel pity, there’s nothing you feel. The job has to be done.”

14 “Whatever you want, especially when you’re striving to be the best in the world at something, there’ll always be disappointments, and you can’t be emotionally tied to them, cos’ they’ll break your spirit.”

15 “It’s interesting that you put me in the league with those illustrious fighters [Muhammad Ali, Joe Louis, Jack Johnson], but I’ve proved since my career I’ve surpassed them as far my popularity. I’m the biggest fighter in the history of the sport. If you don’t believe it, check the cash register.”

16 “I can quit boxing now and practically go into any kind of business and I’ll be successful just as well as I was in boxing.” – Early on in his career

18 “We live in a society where we basically live and strive on what people think about us. We’re more visual people so what we see is basically what we believe which is not necessarily true.”

19 “These pigeons have been living with each other for 10 or 15 years, but when I throw feed down, they kill each other to get it, and it’s the same with the fighters. We love and respect each other…but we need that money.”

20 “I’m sorry I let everybody down, I’m fighting just to pay my bills. I don’t have the stomach for this anymore… I don’t have the desire for it. I feel bad for the people… I wish they could get their money back.”

21 “If they don’t have that extreme addict personality, you can never understand how a guy can blow 300 or 400 million dollars. If I have to live at the top of the world, I also have to live at the bottom of the ocean. I don’t know how to live in the middle of life.”

22 “Unfortunately, sometimes you can’t have fun accomplishing your goals. Sometimes people don’t have the determination, the will, the steadfastness, the tenacity, they give in under the slightest struggle.”

25 “My power is discombobulating devastating. I could feel his muscle tissues collapse under my force. It’s ludicrous these mortals even attempt to enter my realm.”

27 “I’m a dreamer. I have to dream and reach for the stars, and if I miss a star then I grab a handful of clouds.”

28 “I don’t understand why people would want to get rid of pigeons. They don’t bother no one.”

29 “Another thing that freaks me out is time. Time is like a book. You have a beginning, a middle and an end. It’s just a cycle.”

30 “Everyone has a plan ’till they get punched in the mouth.”