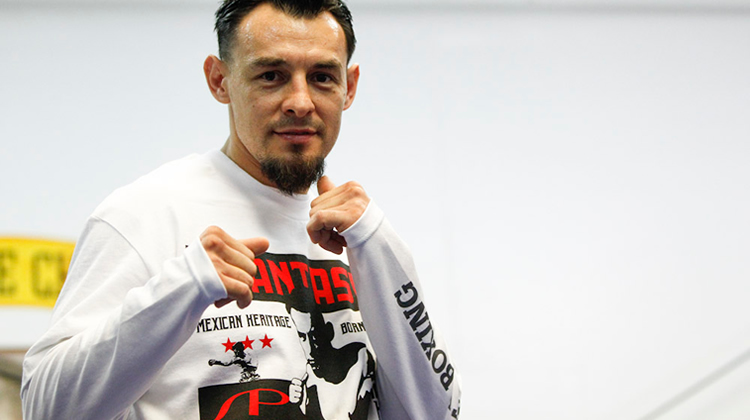 Roberto Guerrero had two battles, one in boxing and another with coping with his wife’s battle with cancer. Fortunately, his wife pulled through and since moving up in weight class and winning some notable fights, he’s finally getting the recognition which he feels has long avoided him. Here are the greatest Roberto Guerrero quotes.

1 “A lot of people don’t know, I started my pro career at 122 pounds. Now I’m at 147. It just shows I can take a shot. I’m determined to fight the best fighters. That’s why I want to fight Floyd Mayweather.”

2 “I knew that was going to happen, and if they fight everytime that’ll happen. Amir Khan just don’t have a chin, that’s it.” – On Danny Garcia’s KO win over Amir Khan

3 “I think that’s just not being able to take a punch. For him to say that, it’s just straight being a scumbag.” – When asked about Khan’s comments on his former trainer Freddie Roach.

5 “If you ain’t puttin’ me in the top ten pound-for-pound now, you just hatin’.”

7 “I got a pennant from the police department, no more tickets anymore around here so if I run a stop sign it’s alright.”

8 “I think world titles are great and everything, you know they’re huge accomplishment, but I don’t think it constitutes to being the best fighter.”

9 “I call that hating. That’s straight hating. I moved up two weight classes, I was off for a year and a half, had a shoulder surgery, come on dude that’s hating.” – Responding to his critics

10 “I went out there and just went to work. Did my thing. Berto’s a tough guy, he’s fast, he hit hard, but hey, I came out with the victory.”

12 “You can either take that punch or not, and man, he’s got some soft whiskers…You can’t blame that on Freddie Roach. Maybe Freddie could’ve gave him to bubble gum to work on his jaw or something.” – On Amir Khan

13 “The sad thing about it is, you know, being from Germany and being of Turkish descent, his name wasn’t big enough so they just said no way.” – On Selcuk Aydin being the mandatory to the WBC World title for 3 years.

14 “God willing, this victory will take my name through the roof. That’s what all these top fighters pound-for-pound best fighters in the world are just looking for. Guys that have a big name, so they’re not really looking for the guys that can really fight.”

16 “I’m happy I had that one fight in with Aydin who was a tough guy. Tough rough guy where he hit me in the back of the head like crazy, shoulders, wherever it was, buttcheeks, wherever he was hitting me, so those are the tough fights and I like them.”

17 “He said the last fight, he wasn’t very impressed that I didn’t carry power but like I said before, it’ll be better if I didn’t knock him out cos’ I can beat him down for 12 rounds.” – On Andre Berto

18 “I’ve been in with a fighter who has been on steroids and it ain’t no joke.”

19 “The California State Athletic Commission assured me that they’re going to step their game up. Working with UCLA, their drug testing and they’re going to take care of business. That’s what makes me real happy and very comfortable going into this fight, being able to just focus on what I got to do and not have to worry about him being sauced up.” – On the run up to his fight with Andre Berto

20 “Berto did hit hard, but he didn’t hit nowhere near as hard as Aydin did. Aydin was a hard puncher. Wherever he hit me, it hurt. I was walking through (Berto’s) shots.”

21 “I’m always hungry so it doesn’t matter. I don’t have to say I’m super starving.”

25 “As you saw tonight, I’m not gonna run from a guy just because he’s got power. I’m gonna let him know, too. If there was probably about 10, 15 more seconds, I think Berto would have been out in that 12th round.”

26 “He’s never fought a lefty like me either. The toughest lefty he’s fought was Victor Ortiz and he’s a one-dimensional fighter who don’t have good footwork and is very stiff in the ring. Can’t change styles and does the same things over and over.” – On Andre Berto

27 “While my wife was sick, I was sleeping on hospital floors, taking care of my children, working side jobs at the same time because everyone knows a boxer’s living is through his fights.”

29 “Only girls meet at catch-weights. This ain’t soccer or volleyball.”

30 “As my wife’s health gets better, the more I improve.” – On his wife’s recovery from cancer