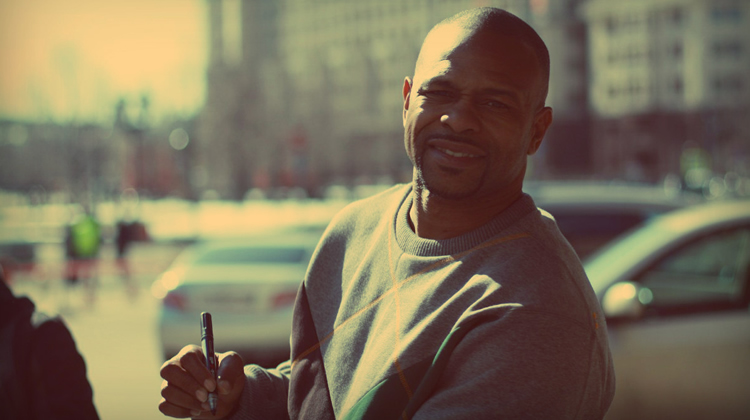 One of the greatest and most talented fighters boxing has ever seen is Roy Jones Jr. He was supremely athletic and was untouchable in his prime. He’s also a very humble and intelligent man outside the ring, and knows the business aspect of the sport inside out. Here are 30 of the greatest Roy Jones Jr quotes.

2 “I feel ashamed tonight that we treated Lennox Lewis the way we did because he gave it all his effort but everytime Don King’s involved, you can expect a draw to come from somewhere. Ask Pernell Whitaker about the Julio Cesar Chavez fight…I thought Evander Holyfield gave a very game effort, but you win some and you lose some…tonight I’m upset because Lennox Lewis did not lose and it was not a draw. It’s as simple as that.” – After the controversial draw decision of Lennox Lewis vs Evander Holyfield.

3 “He don’t know what it is to lose, so I gotta teach him something that he doesn’t know yet.” – On Joe Calzaghe

4 “I always feel like there’s no fighter that I can’t figure out.”

6 “My first advice is to keep God first in everything you do. Second is stay in shape, stay ready and learn about the business because you don’t want to be in a business you know nothing about, because they will take advantage of you, in this business.”

7 “Roy Jones still number one and it’s gon’ be that way baby! For all these doubters, him [points to Larry Merchant] and the rest of them that said Roy Jones is a fluke, now they know.” – After knocking out Montell Griffin in their rematch.

8 “If they just reverse the division, ban the judges, and then it’ll discourage other judges from ever doing this.” – On how to solve poor decisions in boxing.

9 “When I fought Montell Griffin, he quit on me, on the floor, I hit him with a soft punch and he laid down like I knocked him out, and it kinda upset me. I told him I don’t care what it is, just give me the rematch. And then I really had to teach him the difference between acting like you’ve been knocked out, and getting hit for real.”

10 “Charity work shouldn’t be bragged about. It’s just something you’re supposed to do…I do it because I feel like that’s what God wanted me to do. It’s as simple as that.”

11 “Boxing’s an art, it’s a science, and you don’t go out to knock people out. If they happen to get knocked out, they happen to run into one of these bricks by mistake [looks at his fists], that’s their fault.”

12 “When I thought about it, I said “if you quit now, how you gonna explain to any other kid coming up that if something don’t go their way, they’re supposed to get up and go hard at it next time?” You can’t if you quit.” – After being robbed of a Gold Medal at the Olympics.

13  “Every fighter should really do that if they can, because if you build a fan base at home first, then once they receive you at home, it’ll be easier to be received elsewhere.”

14 “I hope that not one of them ever wanna even think about boxing.” – Speaking about his kids.

15 “I can get a title shot any time I want to. They know I can beat 110% of the champions out there right now. I just have to be motivated. Most of them are going to be trying to not give me a shot.”

16 “Sorry to disappoint you but I don’t even watch the Olympics no more.” – Because of the poor scoring system.

18 “I had to hold my tongue from since, when I got here til when I was about 22 years old. I ain’t holding my tongue no more. So it’s best that I don’t get no manager, don’t get no promoter cos’ they’re the people tryna tell me what do.”

19 “That was probably the most important fight of my career…he was this crazy guy, who acted like most adults that I knew as a kid, and I knew right away by him being so crazy and wild and quick tempered, I was gonna get under his skin and aggravate the heck out of him. And that’s exactly what I did.” – On James Toney

20 “The knockouts did not change me as a fighter. I was more of a boxer as a heavyweight. The problem was when I came back to light heavyweight, I lost all of the muscle and I lost all of the energy. I was going for the knockout because I didn’t want to go the whole 12 rounds because my body was tired. I couldn’t understand why my body was tired and it didn’t dawn on me until now.”

23 “I got some real rough dental work done not long ago, and my mouth’s still numb right here [points to the left side of his chin]. So it kind of messes with my speech a little bit, so don’t y’all think that I took too many cos I haven’t.”

25 “I’m having a wonderful time in training. It’s so funny because you go through ups and you go through downs. People have to realize that my career started on a down. I got ripped off a Gold Medal at the Olympics but it didn’t stop me and it made me a better person.”

26 “There’s no way a fighter should fight and put his life on the line, and a promoter makes more money than he makes.”

27 “One thing you gotta know about Roy. The way I always saw myself, is I’m just like you. In the ring, I have a gift…That gift ain’t on the basketball court. That gift ain’t at home. You understand me? That gift is in the ring.”

28 “He just got his neck broke one time, I’m not tryna break his neck again, that’s not what I fight for. I fight to have fun, not to hurt nobody.” – On Vinny Pazienza

29 “If you go to Madison Square Garden, you better have your A game ready, because here goes the thing, they love boxing. They either like you, or they don’t like you. They’re either cheering for you, or they’re cheering for you to die…They want you to kill, or be killed.”

30 “There’s one thing I remember about Muhammad Ali. He said “I don’t like my condition, but if this is what the Good Lord has planned for me to deal with, I’m happy with that.” You have to understand, that comes from my idol, one of the guys that got me started in boxing.”