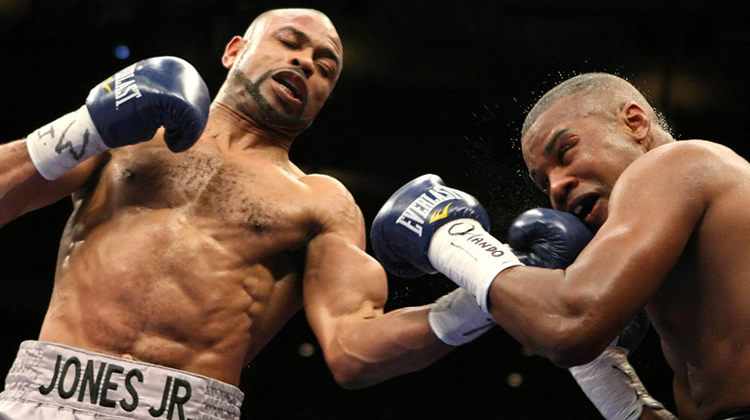 If you want to learn something that’s unconventional but often effective, then check out the following advanced boxing techniques. You must be warned however, as they’re not that easy to perform and sometimes it involves great athletic ability.

Even if you can pull of some of these techniques, it’s important that you don’t do it all the time as a good counterpuncher will eventually figure it out and time you.

To learn advanced footwork, balance and punching power techniques, I can recommend the Advanced Boxing Workshop, which you may find helpful.

The corkscrew punch is a punch that is thrown while twisting the shoulder, elbow and wrist all in one motion, so that your thumb ends up facing downwards and your palm facing the outside. For some fighters, this technique can be awkward and many choose to avoid using it. The benefits of this punch includes:

There are certain punches that work well with the corkscrew boxing technique while others I don’t recommend. I would avoid using the corkscrew jab because it doesn’t leave you in a good position to follow up with any other punches and also uppercuts tend to be very awkward to corkscrew.

I would recommend the following corkscrew punches:

Although it sounds relatively simple, the leaping lead hook, which is literally just a lead hook thrown while jumping in at the time same, is a difficult punch to master.

There are many factors involved that makes up a beautifully thrown leaping lead hook. These include foot movement, body positioning, accuracy, timing and of course, the technique of the punch itself.

Failure to effectively implement any of the aforementioned elements can result in you leaping into a counterpunch instead.

Here are some tips for effectively throwing the leaping lead hook:

If you not very experienced or athletic, then you should avoid using the leaping lead hook because it’s risky and can easily go wrong.

You may want to check out the following boxers who have effective leaping lead hooks – Roy Jones Jr, Floyd Mayweather Jr and Nonito Donaire. As you can tell, all three fighters have excellent athletic abilities to be able to pull off the leaping lead hook.

It’s easy to throw a single lead hook and even a double. However, very few fighters can effectively throw the lead hook in threes, fours and even more.

Here are some tips for throwing multiple lead hooks successfully:

Throwing triple+ lead hooks is flashy and gets your opponent to cover up which allows you to pick your “money” shot. Very quick hands and fast twitch muscles is necessary. If you want to see a fighter implement this punch successfully, then look to none other than Roy Jones Jr.

The double cross / straight, holds the same principles as the multiple lead hook, except that the double cross is more effective and less risky. To pull it off successfully, just follow these steps:

All of this should be done very quickly. The double cross will distract and frustrate your opponent and if done correctly, it’s also great for setting up a hard body shot.

I would recommend that you watch Manny Pacquiao vs Oscar De La Hoya for an excellent example of the double cross used over and over again.

The shoulder roll technique is a is a defensive maneuver made popular by Floyd Mayweather Jr, James Toney and more recently, Adrien Broner. It involves using the lead shoulder to deflect the cross and overhand, and the forearm to protect the body. Once the punch is deflected, it then leaves you in an excellent position to throw a short counter uppercut / cross.

The shoulder roll requires good reflexes, timing and body positioning. Even the slightest error of judgement can lead to getting hit flush, since your lead arm is held low.

Not many fighters can pull it off successfully (often due to style and technique) and I wouldn’t recommend that you try it without an great amount of practice first. It’s not for everyone and if the shoulder roll doesn’t suit your style, then just leave it out altogether, otherwise you can end up completely messing it up.

There are two main mistakes Berto made when trying to use the shoulder roll – Firstly, he was using it against a southpaw (which is ineffective) and secondly, he was leaning too far back in the stance.

Let this be a lesson to those who think that the shoulder roll can just be easily implemented. It takes years of continuous practice and experience to master it.