Top 5 Ways on How to Run Longer 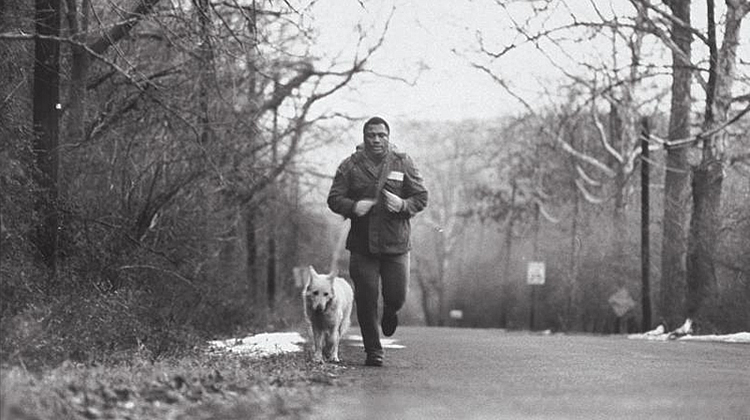 Running clearly forms an integral part of any boxing training as it has been used by trainers for decades to increase stamina and general fitness as well as build strength in the leg muscles.

What follows are five tips covering both the physical and mental side on how to run longer, but to do so in a controlled manner without putting your body under any excess strain that could lead to you picking up some niggling injuries along the way.

1. Never Rush Your Warm Ups and Always Cool Down

The warm up really is an essential part because doing this means that your blood vessels are going to dilate with the knock-on effect of this being that your muscles are going to have the correct level of oxygen in them which overall helps them to work better.

You’ll also find that the muscles will be at the correct temperature and when this is the case they’re more flexible and work more efficiently which in turn, allows you to run longer than you would be able to if you started cold due to the increased resistance in the muscles.

The reason why you have to warm down is because if you suddenly stop after a long run, the amount of blood flowing around your body will drop quickly and this can alter your blood pressure which will have an impact on your recovery times after a run.

By cooling down gradually via a walking pace and a series of stretches, you’ll allow your body to return to its normal state in a more controlled manner with less chance of developing problems later on.

Working on your core is of course going to benefit you in the ring and it also helps you to run longer as it prevents your muscles from becoming fatigued prematurely. As you get tired you lose your form so you must work on the endurance of the primary muscle groups used for running which are:

This way you’re better able to maintain your form and not only run longer, but also run more efficiently. Working your leg muscles will also lower the chances of you developing various injuries most common with the hips and the knees. This kind of strength training is one of the keys in improvement and beating your personal best times.

An effective strength training equipment is resistance bands, because they allow you to increase physical strength while being less stressful on your joints.

I highly recommend Bodylastics Resistance Bands for their high quality constructions and materials.

So you’ve probably seen or heard of boxers running at high altitudes such as Big Bear, California where the air is colder therefore making it much more difficult to breath. 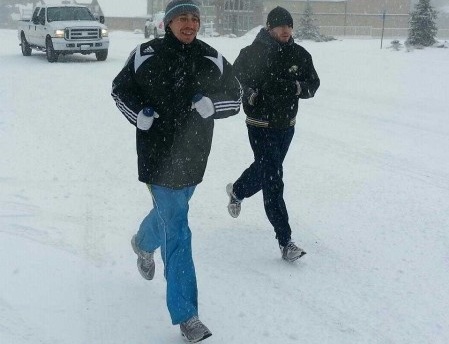 By doing so consistently during their training camp, their body adapts to the climate so when they get in the ring, they have a lot more energy. The high altitude also means that you’ll be running uphill, which is strengthens your legs tremendously.

If there are no high altitude locations nearby, then try to run when the air is much colder, and look for uphill platforms where you can work on the endurance of your legs. You’ll find that once your body adapts to these extreme situations, then you can run for much longer in ordinary circumstances.

4. Work on the Mental Aspect

Being able to run for longer is not only related to the physical side of things, but also the mental and this is something that all athletes should be familiar with. Running can often be boring and repetitive, but it’s essential that you use the same mind over matter approach that you use in the gym to push yourself that bit further for improvement.

One way to train your mind to break through those barriers is to have a mantra that you can repeat to yourself as this focuses your mind on the goal. If you don’t already, perhaps listening to music can help you, as it does most people when they’re running.

Alternatively, you can choose to listen to some of the greatest athletes repeat inspirational quotes. Who wouldn’t be motivated by listening to someone like Mohammad Ali say…

“I hated every minute of training, but I said, ‘Don’t quit. Suffer now and live the rest of your life as a champion’.”

It serves as a constant reminder of what you have to do in order to get to where you want to be.

Sticking with the mental side, you should look at setting yourself small, realistic goals during your runs. By this, I mean to use a particular point as your target to reach, but once you get there move it to another point in order to increase your distance. 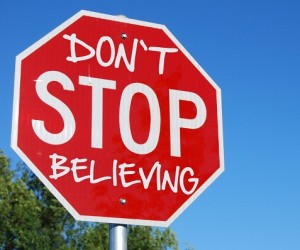 Studies have shown that people often fail when trying to run further due to the fact that they have a certain distance in their head and they lose their motivation before getting there.

By using a road junction or a sign as your target you will focus your mind to ignore the pain and tiredness in your body to reach that point.

You can also use those points to set a certain pace. For example, you may be jogging at a slow pace and you see a sign about 100 meters away, then you can bring up the pace and once you reach that point, resume back to your normal speed.

It’s always a good idea, especially for boxers, to change the tempo from jogging to running to sprinting as fast as possible, and then back down. This helps your anaerobic endurance and will serve you well in the ring because of the explosive energy required.

So those were the five tips for how to run longer and there really is nothing too scientific or complicated about these tips. Simple methods can often be the best ones, and they can be applied at any stage of your training program.

Do it right and you will feel the benefit not only when pounding the streets, but also when you’re in the ring, but overdo it or not doing it at all, then you can knock your training back a number of weeks due to putting your body under too much pressure when trying to build your stamina.

You may also want to check out these articles on How to Sprint Faster and How to Prevent Injuries.