Training for Physical Strength and Power 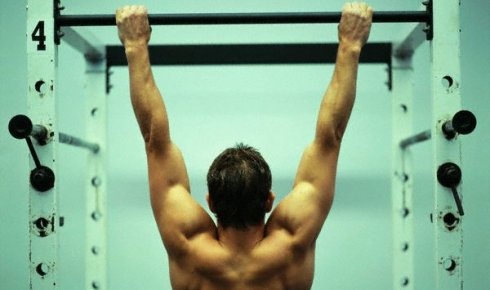 Mental strength is vital, but physical strength and power are great benefits. When you train your body to become primed, you end up looking and feeling great.

It will allow you to do things that you wouldn’t or couldn’t normally do if you were weak and fragile.

Raw physical strength and power is in the genes and it doesn’t matter how big you are.

You often see skinny people who you think are weak, but are actually very strong, while people with huge muscles don’t have that raw strength. However, anyone can train to become as strong as they can be, especially if they live and eat healthy.

The muscle fibers that are used to produce force and the level of intensity that’s used to produce the force. These can be broken down into the following two muscle types:

Slow Twitch Muscles
Slow twitch muscles contract slow but is able to keep going for a longer period of time. People who higher amount of this type of muscle fiber tend to be weaker but can endure longer periods of activities.

Long distance runners and swimmers work rigorously to ensure that they still have just as much strength in the last stretch of the race as they did in the first part.

To train for this kind of muscle endurance you need to do low intensity work outs for a much longer period of time. For example, doing high repetitions using low weights on a regular basis. This allows your muscles to get used to the strain.

Fast Twitch Muscles
Fast twitch muscles contact quickly but also tires faster. People who have a higher amount of this type of muscle tend to be stronger but only in short bursts. Athletes such as 100M sprinters train for this as they need to generate as much speed and power as possible to compete at their optimal performance.

If you want to build upon your fast twitch muscles, then employ explosive techniques in your work outs. This could be low repetitions of heavy weights or short bursts of sprints. This enables all the muscles in your body to work at the same time which enables you to exert extreme power.

Humans can never be as strong as animals, even with all the Performance Enhancing Drugs (PEDs) in the world it’s still impossible. It’s a given fact that we just don’t have the right genetics for it.

When you see a smaller person that can lift more than a larger person, this is the result of a good breathing and muscle flexing technique.

If you want to become physically strong in your chosen field, then you need to employ the right training methods to reach the closest you can be to ‘Animal Strength’.

Training to become an all-round fighter requires mental strength more than physical strength. However, training your physical attributes can get you far and improve your confidence. In Boxing and MMA, a higher concentration of slow twitch muscles is essential.

In these combat sports, heavy weight training is not really employed as much because it will slow down your muscle endurance which is leads to devastating consequences in an actual fight.

It’s important that you train your muscles so that you can continue to keep throwing punches or grapple effectively without your arms becoming slow and weak. You also need to work on your fast twitch muscles for explosiveness to catch your opponent off guard.

You can achieve this through plyometric exercises such as push ups, pull ups and medicine ball throws. This way, you can improve your punching power by working on these specific methods of training, but ultimately, your punching power can only go as far as your natural physical abilities can take you.

You may have heard the saying – “Punchers are born, not made”.

There has been many debates about this but one thing stands true. There are some fighters that can hit hard before they ever laced on a pair of gloves or done any sort of training. These people are natural born punchers and no amount of training can emulate this.