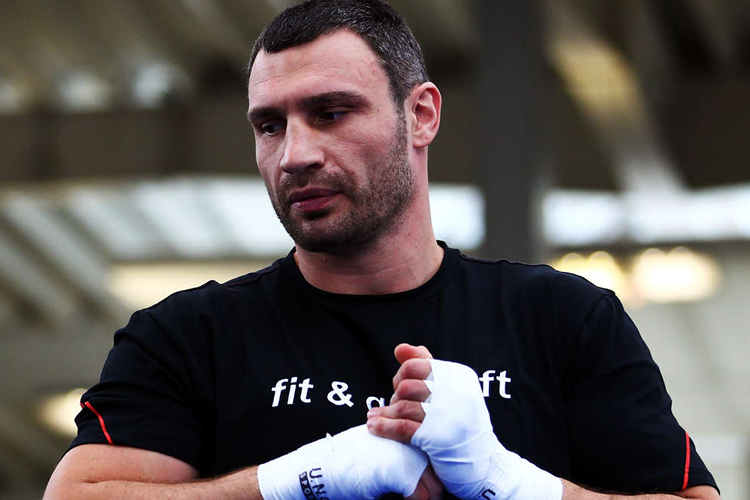 Along with his brother Wladimir, Vitali has dominated the heavyweight division for many years. He takes more chances in the ring as opposed to his brother and has great power, chin and heart. Here are the top 30 greatest Vitali Klitschko quotes.

1 “I don’t like all this talking in the press.”

2 “You talk about me, I am chicken to fight you. That’s not true. I bring you dessert on November 12th.” – On Hasim Rahman

3 “As a champion, I can’t fight against weak fighters.”

4 “All boxing experts told “Helenius is the next world champion!” Chisora beat him.”

5 “Unfortunately, I’ve been fighting injuries recently more than facing rivals in the ring.”

6 “I want to become Kiev’s mayor because I love my city very much and want to improve life in it.”

7 “I was actually very surprised, and I told myself “wow, I want to fight this guy.” – On Dereck Chisora

8 “I fight not for myself, I fight for the audience.”

9 “If Chisora wants to kiss me, OK, if he likes me so much, but the best answer for him will be an answer with a fist in the ring.”

10 “I’ve travelled around the world, I’ve lived in Germany, I’ve lived in the United States, I’ve visited many countries, I can question why such a good country, such huge potential, why we don’t develop in the right way.” – Speaking on Ukraine

11 “Boxing’s given me the chance to travel around the world and open the door and the world is much brighter.”

12 “I know that and I feel that.” – In response to being asked if he felt invincible.

13 “Every fight can be the last one, that’s why for every fight I prepare myself like it’s the last fight of my career.”

14 “If your opponent wants to fight, the fight will be very interesting not just for the audience, but for myself.”

15 “You are a real champion. You talk a lot over the past six months and it is going to be great to show you inside the ring how it is better to resolve wars. Let’s talk in the office.”

18 “People power. It has no limits. In politics, every politician in Ukraine is afraid of that. They know, if people go to the streets, nobody feels safe.”

19 “Many people wants to be the president…they have ambition. Just ambition is not enough.”

20 “He’s earned all his money himself, with his fists. He didn’t steal it like the rest of our politicians. And he’ll be less tempted to steal if he gets in the chair.”

21 “It’s not enough to be famous. You have to be professional enough to make reform.”

22 “No expert can predict the heavyweight division. Every punch can make the decision.”

23 “David Haye is too light. Simply too light. He’s not a real heavyweight.”

24 “I doubt Dereck Chisora can knock me out.”

25 “There is one thing that I feel I still have to do and that is gain revenge over Lennox Lewis. If Lewis came back I would find the motivation to return to boxing and beat him.”

26 “Nobody can beat the Klitschko brothers. That’s why it’s boring.”

28 “David I knock you out!” – While pointing to the camera with a smirk.

29 “I promise everyone who comes to Ukraine can see a beautiful country.”

30 “We try to use our experiences as leverage for our social work, to help children to get education because that is the way to get a special life.”