Why You Don’t Hook With a Hooker 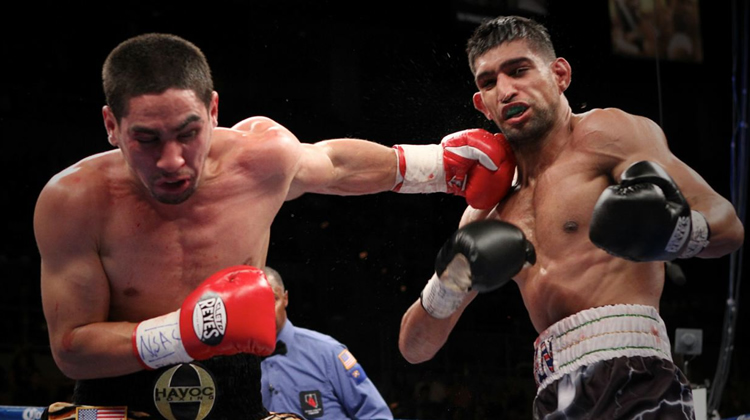 You’ve probably heard the saying before – “Don’t hook with a hooker”. Perhaps you’ve found out the hard way. In any case, in this article I’m going to break down why the saying holds true and what to do when you’re up against a “hooker” (a fighter that throws a mean lead hook) who fights out of the same stance as yourself.

Who Is the Hooker?

A hooker (in boxing terms of course) is basically a boxer that can throw a powerful lead hook (left if they’re an orthodox fighter and right if they’re a southpaw). More often than not, it will end up being their trademark punch that they’ve worked on for years and years.

If they land their trademark lead hook flush, then there’s a high chance that you’ll either be badly shaken up or end up on the floor staring up at the lights. The only exception is if you have an excellent chin, yet it’s best not to find out or test their power. Even when they don’t land flush, you can noticeable feel the force of their punch and it may still move you.

Some notable boxers who have a mean lead hook are:

What weakness do all three of them have in common?

If you take away their greatest asset which is their lead hook, they’re nowhere near as effective anymore.

Why You Shouldn’t Hook With a Hooker

You want to avoid trading hooks with a hooker, especially the boxers mentioned above because the speed, timing, accuracy and power of their hooks means that their hook will probably end up reaching the target before you reach yours, with greatest effect too.

They also don’t mind exchanging lead hooks as they know the kind of impact they’ll leave if they land.

If you’re a hooker yourself with a great chin to match, then you’re in a better position to trade hooks. However, your opponent may just have better attributes than you.

It’s also sometimes the case that boxers fall in love with the power of their lead hook that they often neglect to work on their other punches. This creates an opportunity for you to capitalize on.

How to Beat the Hooker

How do you beat a fighter that is constantly trying to take your head off with his lead hook? He’s going to carefully watch you and hope that you make a mistake for him to sneak it in.

There are inevitable moments where you’ll be within range of his trademark punch. When those moments arise, you need to know exactly what to do to avoid it or at the very least take some steam of it.

Some of the most effective ways to beat a hooker are:

You need to avoid being in mid-range for too long since this is the distance that a fighter can throw his lead hook at optimum power.

On the clip below, Lamont Peterson tags Danny Garcia from the outside and in the latter stages, he gets within range by bending his knees to avoid any incoming punches, and then comes up with his own left hook which hits the target.

You should either be using the jab to get in close range (ideally with your head on his chest) where your opponent cannot gain any leverage on his punches, or on the outside where he cannot reach you. Use your footwork and upper body movement to switch from inside to outside safely.

Move Your Head and Feet

If you don’t want to get tagged by the lead hook, then do not keep your head in the same place all the time. By changing the position of your head, it’ll keep your opponent guessing where his target will be next.

To make matters worse for him, shift your foot positioning from time to time so he cannot get the best angle to land his punches.

When he throws the hook, bend both your knees to duck under it and circle to the outside of his lead hand (so circle right if you’re both orthodox). You should now be in position where you can attack your opponent without worrying about any return fire.

Above, watch Bernard Hopkins keep both hands up and use upper body movement to avoid and protect himself from Felix Trinidad’s punches, while moving to his right at the same time. Trinidad had difficulty finding a home for his left hook consistently enough throughout their fight.

Too many fighters do not use feints properly if at all. Feints should be subtle to draw the lead from your opponent and also to disguise your next move. They should also be used sparingly as to not give away too many indications. When fighting a hooker, you should aim to draw his lead hook first, make him miss and fire back with counterpunch.

So what are the best feints to draw your opponent’s lead hook?

In the clip below, Mauricio Herrera mixes up feints with his jab to get on the inside to land some punches, and also to bait Garcia’s left hook (in the second portion of the clip) which he fails to capitalize on.

The best time to use a feint is when you’ve noticed that your opponent makes the same move every time you make a certain move.

For example, you may noticed that every time you throw the jab, he tries to counter with the lead hook. In this instance, you will bait him with a feint jab to draw his hook, duck under it and then counterpunch.

When you make your opponent misses his lead hook, you need to make him pay for it. Make him pay enough times, and he’ll become tentative every time he throws his hook.

The best counterpunches for this is the straight right/left cross or a quick and hard stiff jab. Better yet, a simple 1-2 (jab and cross) combination will do the trick.

Those punches are simple but effective. You can also block their lead hook and deliver your own immediately after, though this requires you to stand immobile in range which puts you in danger of other punches. It’s also less likely that you’ll land your hook as your opponent may have his guard up.

In the clip above, Bernard Hopkins demonstrates crafty boxing counterpunching skills against Felix Trinidad. His main weapon of choice in the clip was a short right hook (throw with his rear hand) after blocking Trinidad’s left hook.

Best Examples of Beating the Hooker

Keep in mind that throughout this article, I’ve been providing tips based on the assumption that you and your opponent both share the same stance rather than of opposite stances. Here are some fights that you should study if you want to know how to beat a hooker.

Bernard Hopkins VS Felix Trinidad – A boxing masterpiece by the legendary Bernard Hopkins, who utilized foot and head movement, block counters, feints and inside fighting to systematically break down Trinidad, who just couldn’t cope with the speed, size and movement of the older man.

Lamont Peterson VS Danny Garcia – This was a close fight that could have gone either way, but the benefit of the doubt was once again given to DSG mainly due to Peterson throwing a few rounds away by being too inactive. Despite this, Peterson displayed good foot movement (albeit a bit too much) but more impressively, he kept a tight high guard and bullied Garcia on the inside where he couldn’t gain leverage on his hook.