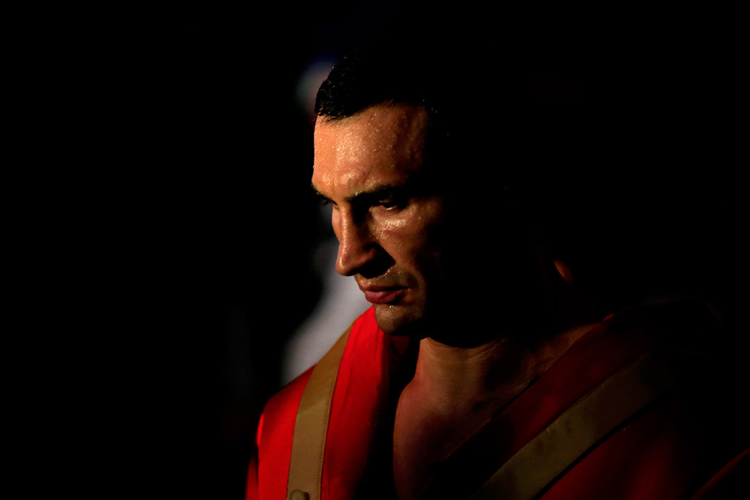 Along with his brother Vitali, Wladimir Klitschko has dominated the heavyweight division for years. His fighting style has been criticized as boring, but effective nonetheless. Here are the top 30 greatest Wladimir Klitschko quotes.

1 “I don’t care where people come from. It is not important to me. If you are good people will like you, if you’re not, they won’t. It is simple.”

2 “Sometimes it’s boring because it takes time, but it’s enjoyable. So beating up people for a living is really fun.”

3 “When people are tipsy, they’re really encouraged and they wanna prove they can do something to the Heavyweight champion.”

4 “I don’t like to get hit, who likes it? I probably wouldn’t do this sport if I was getting hit that much.”

5“Exactly this type of people like you, at the beginning you’re gonna be shy but later on you’re gonna jump on a chair and you will scream “hit him!” – Speaking to a critic of boxing.

6 “It was like a musician playing notes. Everything we trained worked.”

7 “I would compare it to an actor. I drive myself into the character that later on is in the ring.”

8 “Aggression means emotions. Emotions means you’re gonna get off your plan and that means you’ll lose the fight.”

9 “I prepare for my fights to well that I don’t wanna give a chance to my opponent to crash my ‘glass chin’ as they say, so I’m knocking them in the way that I like.”

10 “From nothing to everything is a long way, from everything to nothing is one stop.”

11 “My father told and taught me that “the word, can hit harder than the fist.”

12 “I Was Psychologically Sick For 3 Days Afterwards.” – Speaking on the incident when Dereck Chisora spat water in his face.

13 “You have to learn the opponent psychologically inside out and mental strength is one of the important makers. You’re either gonna break it or make it.”

14 “There is no money in this world that will make us fight.” – On a potential fight between him and his brother, Vitali.

15 “I think that boxing is actually not as dangerous as the politics. In boxing, you’re gonna get a bloody nose or a black eye. In politics you can obviously get either dioxin in the food or bullet in the head.”

19 “There are 49 guys that got bored to sleep on my record, so they got knocked out by it.”

20 “If he goes down, he is to get up, and continue to fight, until I finish the process.” – On David Haye

21 “I think that there’s only one nationality and one language in the sport, and you call it performance.”

23 “There’s certain things that you cannot cross, no matter who you are, what you’re doing or where you’re coming from.” – Speaking directly to David Haye about him wearing a t-shirt holding the decapitated heads of both Klitschko brothers.

24 “With this magazine, you could change the ‘H’ to ‘G’, it may be funnier and better for sales.” – On the Hayemaker magazine.

25 “I will teach you how to behave yourself in the ring.” – On David Haye

26 “My brother is a doctor and he will take care of post-traumatic stress. I think he’ll do it for free.” – Speaking to David Haye

29 “I heard that I am crazy for taking this fight but I’m very excited about this chance. His manager is saying that I’m a ‘dead man walking’ but ‘dead men’ cannot have ‘nightmares’.”

30 “The challenge for me is his size because, for the first time in my career, I’ll be meeting an opponent who is taller than me and has a longer reach.” – On Mariusz Wach